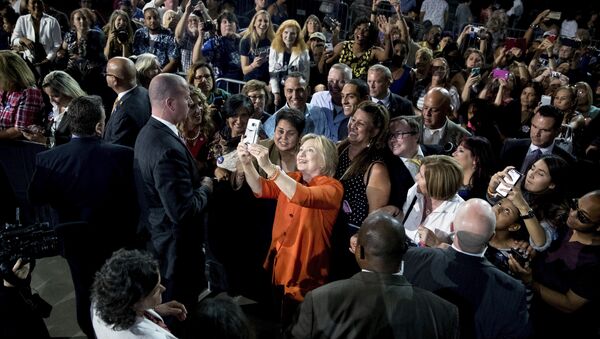 New York Governor Reveals State Plans to Build Monument to Orlando Victims
WASHINGTON (Sputnik) — The appearance of Seddique Mateen was first reported by WPTV West Palm Beach, and later followed by an interview with the man who expressed his support to Democratic Party and commented on his attendance to the rally.

"It's a Democratic party, so everyone can join," Mateen said. "Why should they be surprised? I love the United States, and I've been living here a long time."

The Clinton campaign released a brief statement saying that they were unaware of Matten’s attendance until after the event.

"This rally was a 3,000-person, open-door event for the public. This individual wasn't invited as a guest," the Clinton campaign said in the statement.

In June, US national Omar Mateen attacked the Pulse gay nightclub in Orlando, killing 49 people and injuring more than 50 others. He pledged allegiance to Daesh terror group, which is also known as Daesh and is outlawed in Russia and numerous other countries.