India to Explore Planetary Evolution in Its Ambition Mars Mission-2 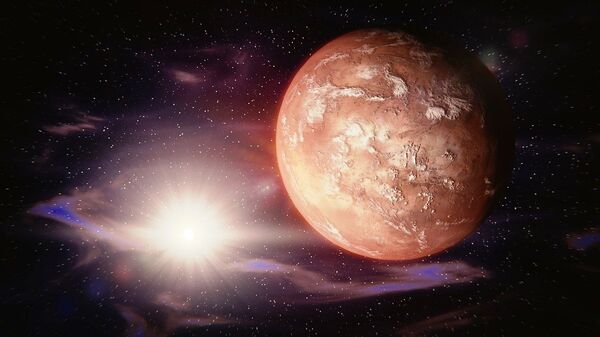 © Photo : Pixabay
Subscribe
International
India
Africa
Indian Space Research Organization (ISRO) invited scientists from all over the country to join in its second Mars mission, which will focus on addressing questions regarding planetary evolution processes.

The complete geological record has yet to be discovered on both the Moon or the Earth and therefore the new Mars mission provides an opportunity to address questions regarding planetary evolutionary processes, how and whether life arose elsewhere in the solar system and the interplay between geological and possible biological history according to ISRO.

"Proposals are solicited from interested scientists within India for experiments on board an orbiter mission around Mars (MOM-2), to address relevant scientific problems and topics," ISRO said in a statement.

The payload capability of the proposed satellite is likely to be 100 kg and 100 W.  However, final values are to be tuned based on the final configuration. The apoarion of the orbit is expected to be around 5000 km.

World
Did NASA Discover Oceans on Mars? Strange Ripples Indicative of a Beachside
Group Captain Ajey Lele (Retired), space and national security expert, Institute of Defense Studies and Analyses, said," the earlier mission was more of a technology demonstration where we were trying to ensure the satellite enters into orbit. Now we will concentrate, definitely along with the entry of satellite, on the type of payload. With 100 Kg, you can have many sensors, a greater amount of knowledge could be gained. So, one can say that the earlier mission was more of a technology demonstration mission and this will be more of a scientific mission."

India was the first country to achieve total success in its maiden attempt to explore Mars. Its first mission was launched in 2013 with cost of 74 million dollars and successfully reached the Red Planet in 2014 after a 10 month voyage.

"First misssion was with PSLV, and now since they (ISRO) are at final stages of operationalizing GSLV; it is the one and the same. From that point of view, cost will not be an issue. It will be the same cost as earlier mission," Lele said.