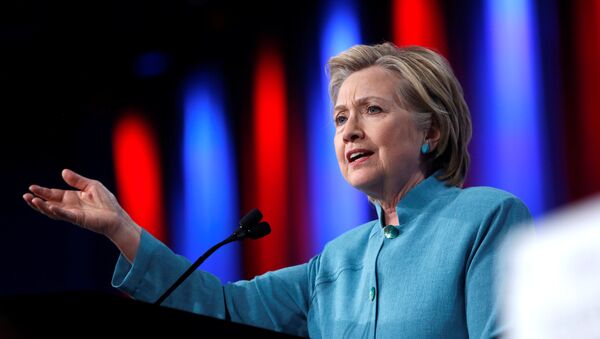 While a former CIA director thinks that Hillary Clinton is the safer choice in the upcoming US presidential election, he has some frightening policy proposals of his own.

"In sharp contrast to Mrs. Clinton, Mr. Trump has no experience on national security. Even more important, the character traits he has exhibited during the primary season suggest he would be a poor, even dangerous, commander in chief."

Still, Clinton’s foreign policy record has left many concerned that her hawkishness could also be a threat to national security. In a PBS interview over the weekend, Morell indicated that he has his own controversial views on foreign policy that could reveal his true reasons for backing the Democratic candidate.

"What they need is [for] the Russians and Iranians pay a little price. When we were in Iraq, the Iranians were giving weapons to the Shia militia, who were killing American soldiers, right?" he said

This "price" appears to be murder, which would be carried out "covertly, so you don’t tell the world about it, you don’t stand up at the Pentagon and say ‘we did this.’ But you make sure they know it in Moscow and Tehran."

This would, undoubtedly, risk direct conflict with Russia and Iran. Morell also suggested that Washington bomb government buildings in Syria, as well as the presidential guard of Syrian President Bashar al-Assad, in order to "scare" the leader.

Morell does not officially represent the Clinton campaign, but as Murtaza Hussain points out for the Intercept, he could become part of her cabinet.

"Morell’s endorsement of Clinton was quickly seen as a sign that he was interested in a role in a possible Clinton administration," Hussain says. "He wrote that Clinton would be a ‘highly qualified commander in chief’ and a ‘strong proponent of a more aggressive approach’ to the conflict in Syria."