'This is the Biggest Case in History': Fight Goes on for Slavery Reparations 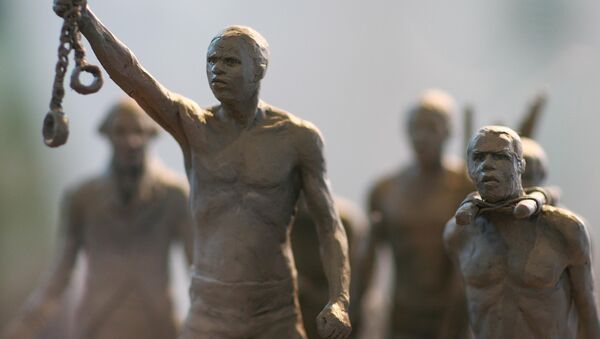 © AFP 2021 / Ben Stensall
Subscribe
The 1st of August marked African Emancipation Day. Thousands of people marched from Brixton to Parliament as part of an ongoing campaign for reparations to make amends for the generations of slavery that claimed the lives of millions of Africans, who ended up displaced and were forced to work to support Britain's booming sugar trade.

Sputnik News spoke to Esther Stanford-Xosei, Coordinator-General at the International Steering Committee 'Stop the Maangamizi' and Jendayi Serwah, from the Global Afrikans People's Parliament, about what makes this debate such a potent, powerful and important one.

Ms Stanford-Xosei believes that the British Government is being racist in that if it had been any other group, they would have at least given them a hearing on the issue of reparations.

Some of the speeches from the Parliamentary Session. https://t.co/bp5TK2dwQL

​"The attitude of the British state appears to be that we do not deserve redress; that we as Africans are not quite human enough to be worth even a decent response to the annual petition and calls for dialogue with the British state and society by way of the establishment of a Commission of Inquiry for Truth & Reparatory Justice as demanded in the 'Stop the Maangamizi: We Charge Genocide/Ecocide' petition, which if read, will show that we are actually seeking reparations for the present day continuum of enslavement that we refer to as the Maangamizi, a Kiswahili term meaning holocaust of chattel, colonial and neo-colonial forms of enslavement," Ms Stanford-Xosei told Sputnik.

​​The issue of enslavement is also not a subject only for the history books. Esther Ms Stanford-Xosei and the campaign group believe that they still experience various forms of enslavement, bondage and unfreedom today.

Ms Stanford-Xoesi refers to the comments made by the current Foreign Minister of the UK Government, Boris Johnson who wrote in the Spectator in 2002, that: "The problem is not that we were once in charge, but that we are not in charge anymore and advocating that the best fate for Africa would be if the old colonial powers, or their citizens scrambled once again in her direction on the understanding that this time they will not be asked to feel guilty."

​The lack of discussion and the fact that most Europeans are not taught in schools or other public spaces about Britain's role in enslavement only does more damage, and according to Stanford-Xoesi, creates ignorance and prevents them from also putting pressure on the government for justice and reparations.

However, the issue of reparations goes far deeper than money or compensation, reparations is about holistic repairs, according the Ms Stanford-Xosei.

"If we just keep narrowing it to the enslaver's capitalistic and imperialistic logic of money, I did not just lose some X amount of money, my people and I have lost a world and our place in the world. Reparations are about so much more. We also adhere to the holistic framework on reparations in international law which states that reparations must be comprehensive, proportionate and can include measures of restitution, compensation, satisfaction and most importantly guarantees of non-repetition," Stanford-Xosei told Sputnik.

Here are the speeches and pictures from #ReparationsMarcUK #StopTheMaanGamizi
Share so more awareness can be made https://t.co/1oDcfeQspi

​When the slave trade ended, many enslavers were paid reparations by the government due to the loss of money they would incur due to the fact they no longer had a free work-force.

"The sums were calculated on what they deemed to be our value as Afrikans and they undercounted and minimized our value because it was in their interests to do so. If we are to truly contemplate repairing that damage of commodification of human life, even the repair for the losses that we suffered will be much more than that," Stanford-Xoseii said. 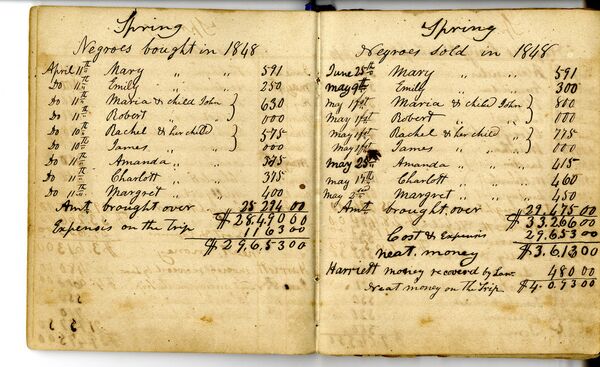 These comments are also supported by Jendayi Serwah, who said that reparations are not concerned with money, which is far too simplistic. Reparations are much more than that.

"We are looking for compensation for what is expressed in current society, death in police custody, harsher sentencing of black people, over representation in mental health, force sterilization, land grabs and things that are pillaging our home land. Through that experience we have lost our history, language, culture. We have had our memories beaten out of us we have experienced centuries of genocide and terrorism at the hands of the British state and this continues until this very day," Serwah told Sputnik.

should the uk pay reparations to countries/communities which have suffered as a result of colonialism/slavery?

000000
Popular comments
Claiming in the wrong place... Who enslaved blacks were not white people. The Brazilian historian José Gonçalves Salvador wrote the book 'Os Magnatas do Tráfico Negreiro' (something like 'The lords of black slave's traffic') with the names, ships and many other details of who enslaved and got profit with black. It was published in 1981. All such slaves dealers and profiteers were jews. A PDF version can be downloaded here www.scribd.com/doc/89542183/Os-Magnatas-Do-Trafico-Negreiro And now, the blacks still are following the orders of, jews, like the terrorist 'black lives matter', funded by the jew George Soros, the service-man of jew family Rothschild, of London. Why blacks don't point the finger n the right direction?