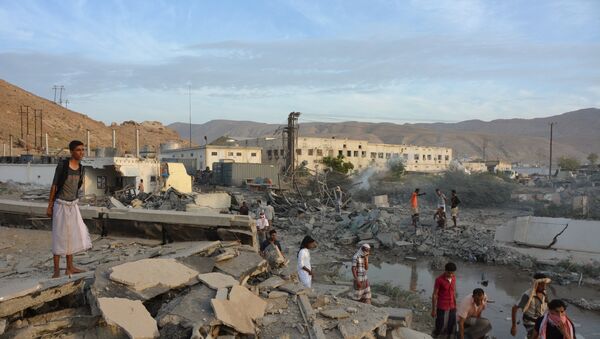 The Yemeni government ruled out making any concessions to the Houthi rebels, the war-torn country's prime minister said.

"Neither Houthi, nor Saleh [former president] supporters will get any concessions from the lawful Yemeni government because the people of Yemen will not support this, because [the] Yemeni people know that there will be no peace without the surrender of arms to the government," bin Daghr told Sky News Arabia in an interview.

He stressed that the peace process depends on the implementation of the UN Security Council Resolution 2216, which stipulates that the rebels should pull back and surrender their arms.

Saudi-Led Coalition to Intensify Airstrikes Amid Yemen Peace Talks Suspension
On Saturday, another round of inter-Yemeni peace talks held in Kuwait and brokered by the United Nations ended with the government and the Houthi rebels failing to come to an agreement. According to UN Special Envoy for Yemen Ismail Ould Cheikh Ahmed, the parties are expected to return to the negotiating table no sooner than in a month.