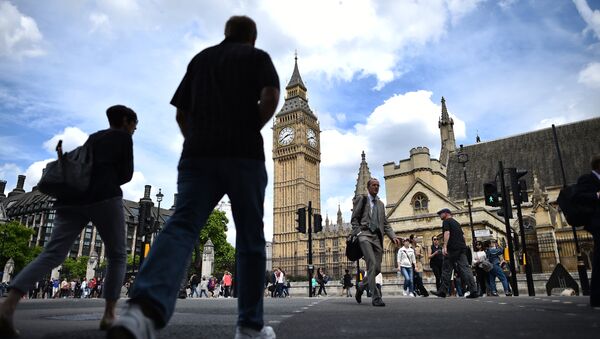 Since April, 126 MPs have asked the Independent Parliamentary Standards Authority (IPSA) to pay for costs associated with added protection, according to the Sunday Telegraph.

UK MPs Killed in the Line of Political Duty

The rise in requests for more security protection preceded the death of Labour MP Jo Cox, who was shot and stabbed in her northern English constituency in June, just days before the UK's referendum on EU membership, which has been cited an event that led to an increase in abuse being directed towards lawmakers.

Following an increase in online abuse and death threats, a number of politicians have installed CCTV equipment, panic alarms and new locks to combat the increased security threat.

Among those MPs taking extra safety precautions was Labour politician Jess Phillips, who changed the locks on the front door of her house after receiving numerous threats and a mock picture of her dying.

Locksmith spending 6hrs to make my home safe.Think abt how my kids feel next time you mock up a picture of me dying pic.twitter.com/zJYOS3cqWA

​Meanwhile in March, an Iraqi man was accused of threatening to kill staff in the office of MP Paula Sherriff and other college students if he didn't receive a British passport. While the man successfully argued against the accusations, he did plead guilty to affray over the incident.

The threats have also turned into attacks, with Labour MP Angela Eagle, who was previously in the running for the party's leadership, being forced to cancel constituency surgeries after her office was vandalized.

​The attack was also accompanied by a series of threats after Eagle announced she was challenging Jeremy Corbyn for the Labour party leadership.

Fears Over Rise in Xenophobia

The increase in security claims comes amid a concerning time for British MPs, with Britain's turbulent political scene leading to an increase in racist and xenophobic abuse within certain parts of the country.

Following an increase in attacks, the UK Trades Union Congress (TUC) has called for swift government action to combat such attacks and threats.

Looks like #Brexit has become a vote for xenophobia and bigotry. Terrible for the UK from a social point of view. Hate crime will increase.

​"The government must take swift and decisive action to tackle racist and anti-immigrant sentiments and incidents. While statements condemning hate crime are welcome, statements alone are not sufficient," the union said.