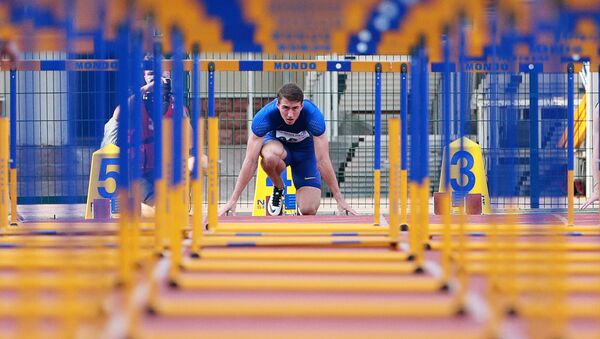 © Sputnik / Anton Denisov
/
Go to the photo bank
Subscribe
Russian runner and 2015 World Champion in the 110-meter hurdles Sergey Shubenkov said Monday he expected the Swiss Federal Supreme Court to rule in his favor in the appeal against the Court of Arbitration for Sport (CAS) decision to ban him from taking part in the Rio Olympics.

Russian Para Athletes Ban Imposed Under Political Pressure
MOSCOW (Sputnik) — Earlier in the day, the court’s spokesman, Peter Yosi, told R-Sport that the court had received the appeal from Shubenkov, as well as a similar appeal from Russian long jumper Yelena Isinbaeva.

"Yes, we have lodged made an appeal…. We have most positive expectations from the process," Shubenkov told R-Sport.

On July 21, the CAS upheld the decision of the International Association of Athletics Federations (IAAF) to ban 68 Russian track-and-field athletes from international competitions, hence banning them from taking part in the Rio Games. Long jumper Darya Klishina who trains outside of the country is the only Russian athlete who was permitted by the IAAF to compete as a neutral participant.