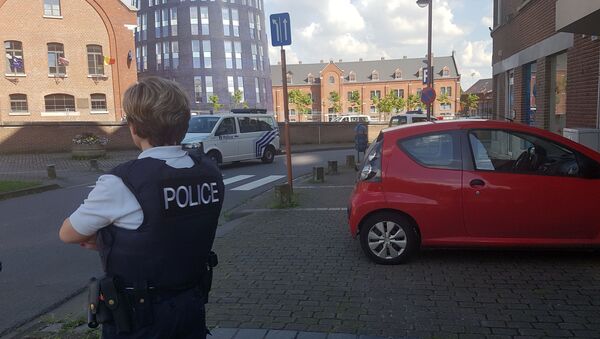 BRUSSELS (Sputnik) — Earlier in the day, the attacker screaming "Allahu Akbar" injured two police officers with a machete near a police station. Local media reported that one of the officers sustained serious injuries and was hospitalized, while the other was slightly wounded. The police said there was no threat to the lives of the officers.

"According to the first indications and first evidence, [the attack] demonstrates the terrorist link very clearly. I want to be cautious at the moment not to impede the investigation but it once again seems to be an attack with terrorist subtext," Michel told the RTL broadcaster.

The prime minister added that the attacker had not been identified yet.