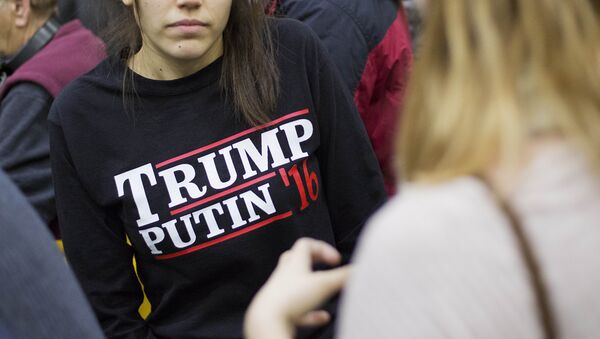 Why is Trump Proposing a Detente With Russia?
WASHINGTON (Sputnik) — Republican presidential nominee Donald Trump has damaged the national security of the United States by allowing Russian President Vladimir Putin to prey on his vulnerabilities, former CIA acting director and deputy director Michael Morell said in an op-ed in the New York Times on Friday.

"In the intelligence business, we would say that Mr. Putin has recruited Mr. Trump as an unwitting agent of the Russian Federation," Morell stated on Friday.

Morell, who worked for both Democratic and Republican presidents during more than three decades at the CIA, said he supports Hillary Clinton for president.

World
Obama, Clinton Bear ‘Direct Responsibility’ of Destabilizing Middle East – Trump
Morell noted he has seen Clinton's commitment to national security and her capacity to handle the job as commander in chief.

"The character traits he [Trump] has exhibited during the primary season suggest he would be a poor, even dangerous, commander in chief,” Morell added.

The Kremlin has insisted that Putin has never had any contact with Trump or his staff either in person or over the phone.

Trump has repeatedly said Putin is a better leader than US President Barack Obama, and in June, said he would invite Putin to the United States if elected president.