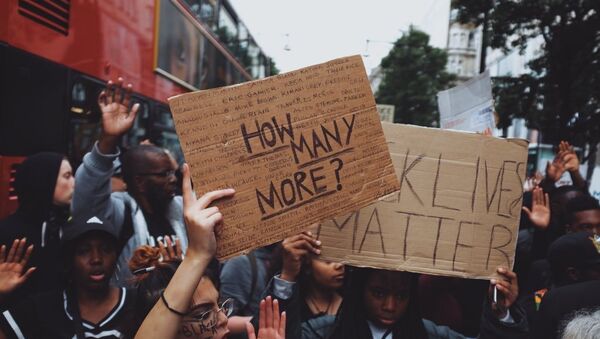 UK police has so far arrested on Friday 19 people in connection with the Black Lives Matter protests, local media reported.

LONDON (Sputnik) — Earlier in the day, the Black Lives Matter protests were held in the United Kingdom. In particular, the protesters blocked motorway to the major UK airport Heathrow in a bid to attract public attention to the racism issue. Demonstrations are also being held in other UK cities such as Birmingham and Nottingham.

According to the BBC broadcaster, the first group of nine protesters was arrested for blocking the motorway, while 10 others were arrested later in the day.

The protests in the United Kingdom mark the fifth anniversary of the death of Mark Duggan, a 29-year-old black man, who was shot by police in Tottenham on August 4, 2011. The Metropolitan Police then stated that officers were attempting to arrest Duggan on suspicion of planning an attack, and that he possessed a handgun.