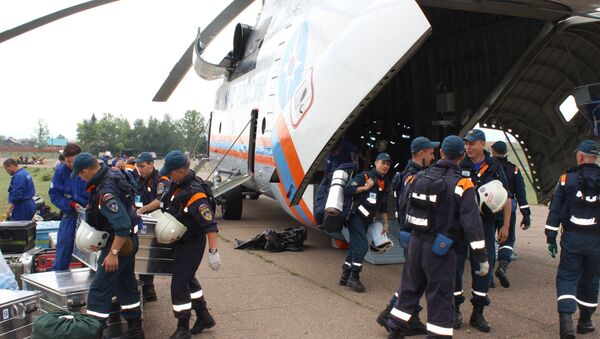 Russia's Il-76 crashed in Siberia last month due to limited visibility caused by smoke and fire-ravaged turbulence in the taiga, according to the report of the Interstate Aviation Committee (IAC, MAK) airline safety watchdog.

Kremlin Expresses Deep Condolences to Families of Il-76 Crash Victims
The aircraft working in territories stricken by forest fires in Russia's Irkutsk Region failed to report back to rescuers at the scheduled time on July 1. The plane debris and bodies of all 10 crew members have been found shortly after.

“According to crew member reports, the land could only be seen ‘underneath’ or not seen entirely, there were no reports of flight visibility,” the report stated, adding that search crews subsequently noted extreme smoke in the area of their operations.

In a separate statement commenting on the aircraft's continued downward path, the Emergencies Ministry clarified that a ground proximity warning system sounding off during low-elevation firefighting operations is “standard practice.”