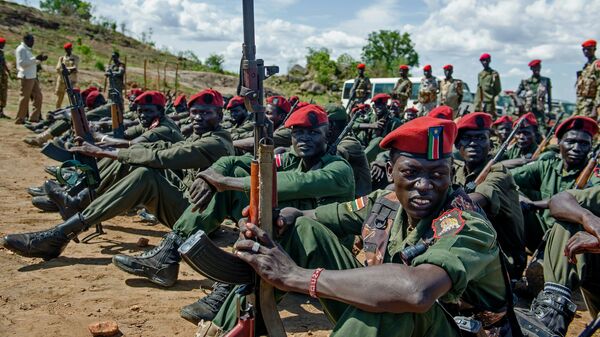 "While some civilians were killed in crossfire between the fighting forces, others were reportedly summarily executed by Government (SPLA) soldiers, who appear to have specifically targeted people of Nuer origin," Zeid Ra'ad Al Hussein said in a statement.

According to the United Nations, the Juba fighting and its aftermath resulted in the deaths of at least 73 civilians and widespread sexual violence, attributed mostly to government soldiers.

“We have documented at least 217 cases of sexual violence in Juba between 8 and 25 July,” Zeid said. “According to the information we have gathered so far, those most affected were displaced Nuer women and girls and those responsible seem to have been mostly SPLA.”

An armed ethnic conflict erupted in South Sudan in December 2013, one year and a half after the nation gained independence from Sudan, when Kiir accused Machar of preparing a military coup. Over a million people have fled their home due to the conflict.