Moscow Hopes Bangkok Will Resist US Pressure to Extradite Russian 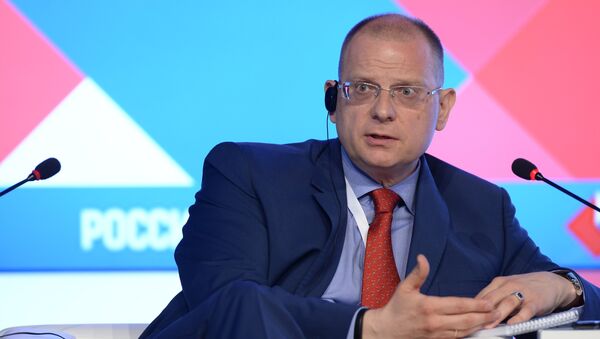 “I can confirm that the Prosecutor General’s Office has sent a request to Thai authorities for the extradition of the Russian citizen to Russia. We hope that the Thai partners will not in the end succumb to pressure from Washington, which demands to extradite Ukrainsky to the US as it happened with [Viktor] Bout in 2011,” Dolgov said.

US Likely to Reject New Repatriation Requests by Yaroshenko, Bout
Russia filed a request with Thailand to deport Ukrainsky back home on Wednesday. The 44-year-old Russian citizen was detained in Pattaya on July 15 under the US Federal Bureau of Investigation’s (FBI) arrest warrant. The United States seeks Ukrainsky’s extradition on suspicion of credit card fraud.

"In this case, Russian investigators have ground to believe that Ukrainsky broke Russian law. If this is true, the investigation must be carried out in Russia and the relevant judicial processes need to take place in Russia. If the Americans are interested in fighting crime, let's do it together within the legal framework and by the rules," Dolgov said.

Ukrainsky, a Russian national residing in Thailand, was detained in Pattaya in mid-July at the request of the FBI.