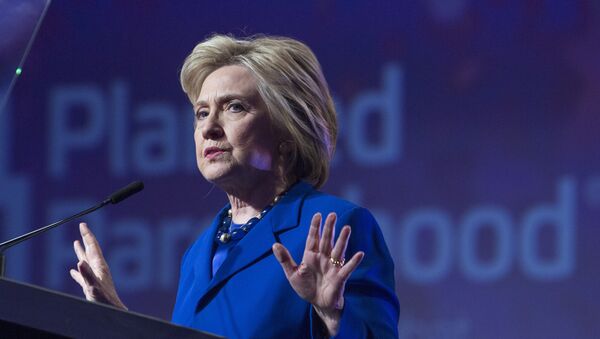 A Hillary Clinton administration if she is elected will likely maintain a tense relationship with Russia and will pursue policies evocative of the Cold War that will be even more confrontational than those under President Barack Obama, analysts told Sputnik.

WASHINGTON (Sputnik) — A 2014 US-backed coup in Ukraine followed by a referendum, in which Crimea voted overwhelmingly to rejoin Russia, sent Washington-Moscow ties on a downward spiral that continues to feed distrust between the two global powers.

"If Clinton is elected, there’s going to be some level of continuity with [US President Barack] Obama because they share the same type of worldview and to some degree a similar foreign policy," University of Dayton Political Science Professor Daniel Birdsong told Sputnik.

Birdsong explained the mindset as one in which engagement is primarily diplomatic, and if military intervention is involved, a reluctance to deploy US "boots on the ground," a reliance on airpower and the use of local proxies in combat zones.

The approach, he said, is reminiscent of President Bill Clinton’s interventions in the Balkans in the 1990s. 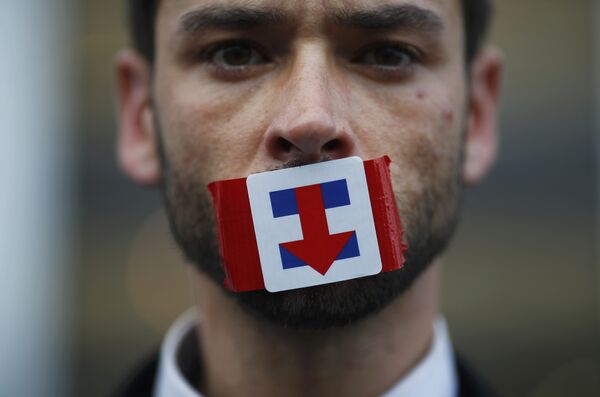 A former Bernie Sanders delegate wears a Hillary Clinton presidential campaign sticker over his mouth as he protests during the third session at the Democratic National Convention in Philadelphia, Pennsylvania, U.S. July 27, 2016.
© REUTERS / Carlos Barria

The hawkish image projected by Clinton could be rooted in her being the first female presidential candidate from a major political party, Birdsong explained.

"She has to contend with a stereotype of women being weaker on national defense, on military engagement," Birdsong said. "Her taking a muscular stance on foreign policy, or with Russia more specifically, has to do with that."

Over Half of Americans Mistrust Both Trump and Clinton - Poll
Middle Tennessee State University Professor of Political Science and International Relations Andrei Korobkov told Sputnik he expects Clinton to be tougher on Moscow than Obama.

The reason, he explained, is that Clinton’s background and her foreign policy advisors are products of the 20th century standoff between the United States and former Soviet Union.

"Hillary’s statements during her speech and the parade of persons whom she brought, like [former Secretary of State Madeleine] Albright and a number of others, made it look like she comes not from the 21st century but from the Cold War," Korobkov said.

Korobkov was referring to Clinton’s guests at the Democratic National Convention and her acceptance speech, which contained a single reference to Russia.

"I'm proud to stand by our allies in NATO against any threat they face, including from Russia," Clinton said in accepting the Democratic Party’s presidential nomination.

Korobkov said he fears that Clinton will push the United States back into a second Cold War.

"She probably lives mentally in a world that simply doesn’t exist, because there is no ideological divide between the Russia and the US, or in general, deep ideological divides in the current political system,” Korobkov explained.

In contrast, Trump has much more moderate positions on a wide spectrum of issues including NATO, relations with Russia, policies in Syria and the Middle East in general, Korobkov added.