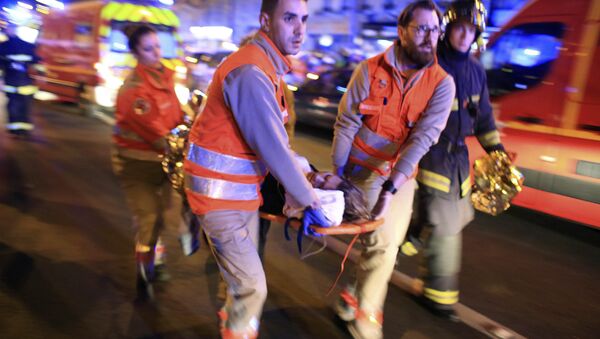 WASHINGTON (Sputnik) — The US Department of State has designated Europe-based Daesh fighter Mohamed Abrini as a terrorist and imposed sanctions on him for his participation in the 2015 Paris and 2016 Brussels terror attacks, the State Department said in a press release on Wednesday.

"Since his arrest on April 8, 2016 by Belgian authorities, Abrini has been identified as being "the man in white"- also known as "the man in the hat"- seen with two identified suicide bombers at Brussel’s Zaventem airport on March 22, just minutes before the attack that killed 16 people," the release explained.

A total of 35 died in two bombings at the Brussels airport and at a metro station on March 22.

The series of attacks in Paris on November 13 claimed 130 lives.