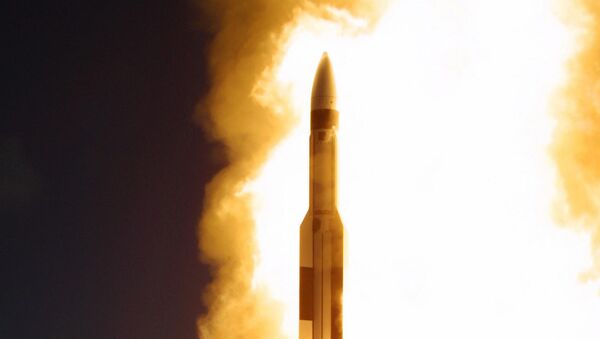 © AFP 2021 / US NAVY
Subscribe
Russia is set to make further steps towards reducing its nuclear arsenal but will take note of factors that affect its strategic stability, such as the deployment of US missile defense systems and the threat of weapons from outer space, Russian Foreign Ministry’s Deputy Director of the Department for Nonproliferation and Arms Control told Sputnik.

MOSCOW (Sputnik) — Russia believes that the "the possibilities of further reduction [of nuclear arsenals] bilaterally with the United States are almost exhausted," and that the "process should acquire the multilateral character, involving all the states which possess nuclear weapons," according to Vladimir Leontyev.

The official noted that the factors which affect Russia's strategic stability are "[US] missile defense, global strike, the threat of the deployment of weapons in outer space, the imbalance in conventional weapons, and the situation with the treaty banning nuclear tests, which did not enter into force," and that only with "taking into account all of these factors, we [Russia] will be determined to take further steps [to reduce nuclear weapons arsenal]."

Russia's 'New Efficient Solutions' to Counter Washington's Upgraded B61-12 Nuke
On July 29, the Russian Foreign Ministry’s Director of the Department for Nonproliferation and Arms Control Mikhail Ulyanov said that Russia was ready to consider extending the New START arms reduction treaty should the United States submit its offer.

The US press cited President Barack Obama’s administration officials in its July 10 report indicating that Obama planned to offer extending the New START Treaty for five years beyond 2021. Obama reportedly wants to make sure the next US administration does not interrupt the further reduction of nuclear weapons deployment.

In 2010, Russia and the United States signed the New Strategic Arms Reduction Treaty (New START), which went into force in February the following year, to last until 2021.