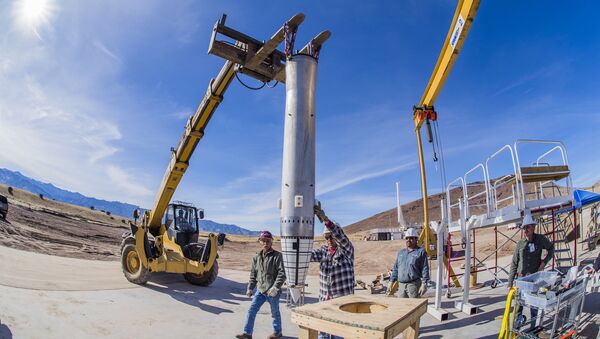 US B61-12 Program to Lower Threshold for Nuclear Weapons Use - Russia
MOSCOW (Sputnik) — On Monday, the US Department of Energy’s National Nuclear Security Administration (NNSA) authorized the production engineering phase of the B61-12 atomic bomb LEP. B61-12 is a modernized version of B61 strategic and tactical atomic weapon.

"The B61-12 is uniquely destabilizing," Wayman said, adding that B61-12 LEP is an "exhibit A of the second nuclear age – a new nuclear arms race for the 21st century."

"According to the International Court of Justice, the United States – and all nuclear-armed nations – have a legal 'obligation to pursue in good faith and bring to a conclusion negotiations leading to nuclear disarmament in all its aspects under strict and effective international control.' Creating new nuclear weapons, while actively undermining ongoing multilateral nuclear disarmament forums such as the Open Ended Working Group, clearly breaches this obligation," he added.

Wayman noted that the presence of B61, B61-12's predecessor, in five NATO countries, namely Belgium, Germany, Italy, the Netherlands and Turkey inflames tensions with Russia.

NGOs Warn Against US 'Provocative' B61-12 Bomb Plans Amid NATO Expansion
He also underlined that the failed military coup attempt in Turkey further highlighted the danger of keeping nuclear weapons in Europe, as "Incirlik Air Base, where the U.S. stores approximately 50 of its B61 nuclear bombs, was used by opposition forces during the coup."

Head of the Russian Foreign Ministry’s Department for Non-Proliferation and Arms Control, Mikhail Ulyanov, said earlier in the day that US B61-12 nuclear warhead life extension program would lower the threshold for the use of nuclear weapons. He underlined that while Russia would not be dragged into a new arms race amid such actions by the United States, it would "definitely" work to ensure its national security.