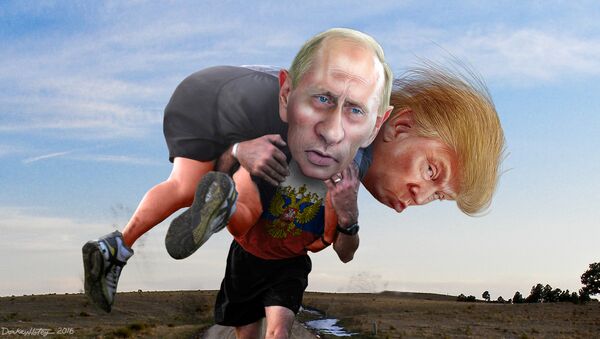 Russian President Vladimir Putin has never spoken to or had any "dealings" with US Republican presidential nominee Donald Trump and his campaign staff, Kremlin spokesman Dmitry Peskov said Tuesday.

Trump Probably Makes Russia Nervous Despite Backing Crimea Secession
WASHINGTON (Sputnik) — In July, NBC broadcaster reported, citing a source, that Putin had tried to arrange a meeting with Trump, which never occurred because of changes in their schedules.

"President Putin has never had any contact with Trump, never spoken to him, including by telephone. The same goes for all of his staff — we don’t have any dealings with them," Peskov said in an interview with the broadcaster, adding that the Russian government has had no business with Trump’s staff.

In June, Trump said he would be prepared to invite Putin to the United States if elected president, and noted the two countries should maintain positive relations.