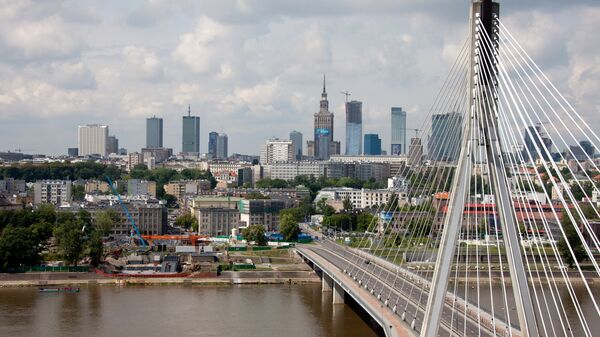 Poland's Constitutional Changes 'Threaten Human Rights' - Council of Europe
MOSCOW (Sputnik) — In December 2015, the newly-elected Polish Law and Justice government sacked five judges appointed by the previous cabinet and installed their own appointees, deprived the Tribunal of control over judges and replaced a simple majority with a two-thirds majority necessary to take a decision on constitutional matters.

In early July, the Polish government made some changes to its legislation on the constitutional court. The amendments were signed by the country’s president on Friday and were published in the Official Gazette of the Republic of Poland on Monday. In 14 days after the publication, the new law will come into force.

"Civic Platform appealed against the new law on the Constitutional Court. Of course, the conclusion of this appeal is that the proposed provisions are contrary to the fundamental laws," Budka told reporters, as quoted by the Internet portal Interia.

According to Budka, the ruling Law and Justice party is interested in blocking the work of the Polish Constitutional Court in order to prevent it from commenting whether the laws, in particular those on anti-terrorism and media, are violating civil rights.

EU Threatens Poland With Sanctions Over Rule of Law Row
Another Polish opposition party, Novochesna, has reportedly submitted an appeal over the controversial law as well.

The new law stipulates that the decision on the very important issues can be made in presence of 11 out of 15 judges, and the review of compliance of a law with the constitution can be made by five judges.

The bill also provides for the principle of the so-called blocking minority that prescribes the following, if four judges vote against a motion during a meeting in the full composition, they may affect its imposition.

In July 27, the European Commission warned Poland that the country had not sufficiently addressed its initial concerns about the Constitutional Court reform and gave Warsaw three months to guarantee the tribunal's independence.