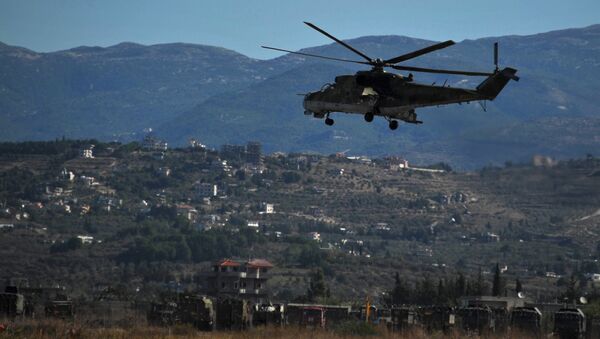 The Syrian armed forces with the support of Russian combat planes repelled a terrorist offensive near the city of Aleppo, killing over 800 militants and destroying 14 tanks, Rudskoy added.

“Together with the Syrian army troops and the national militia, with the support of Russian aviation, a militant attack was repelled at 4 a.m. today. More than 800 militants were killed, and 14 tanks, 10 infantry fighting vehicles, and more than 60 vehicles with mounted weapons destroyed,” Chief of the Main Operational Directorate of the General Staff Lt. Gen. Sergei Rudskoy.

Rudskoy noted that militant continued to pull reserves from other areas, intimidate government troops, prevent the local population’s escape form the combat zone, as well as its use as a so-called human shield.

“Thus, the terrorists executed four people attempting to exit through the humanitarian corridors yesterday in the eastern part of Aleppo,” he said.