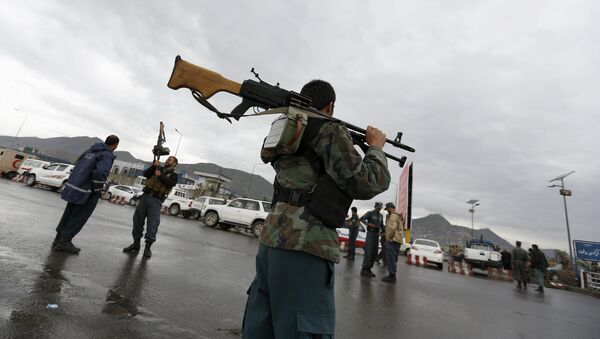 MOSCOW (Sputnik) – Russia is willing to revive joint projects with the North Atlantic Treaty Organization (NATO) on Afghanistan after receiving signals of that nature from the Western military alliance, the Russian Foreign Ministry's Director of the Second Asian Department said Monday.

“Certain signals are there, but these are just signals and only words, although we do not see practical steps from NATO yet. They say Afghanistan is a common subjects that concerns both Russia and NATO, and we have to somehow work together. Great, let us go back to the projects that we have previously discussed and which you, NATO, have suspended,” Zamir Kabulov told RIA Novosti.

Deploying a few thousand troops in Afghanistan will not help secure the country from terrorism, Kabulov said.

US President Barack Obama announced early last month a course-reversal to maintain an 8,400-strong troop presence in Afghanistan, arguing that the security situation “remains precarious” from the Taliban threat.

“What they are adding is a pittance. A hundred thousand Americans in Afghanistan could not accomplish the task, an extra thousand will clearly be unable to handle it. It is clear to any person who is not versed in Afghan affairs,” Kabulov told RIA Novosti.

At its peak in 2012, the US-led NATO International Security Assistance Force (ISAF) combat mission maintained a force of up to 130,000 troops.