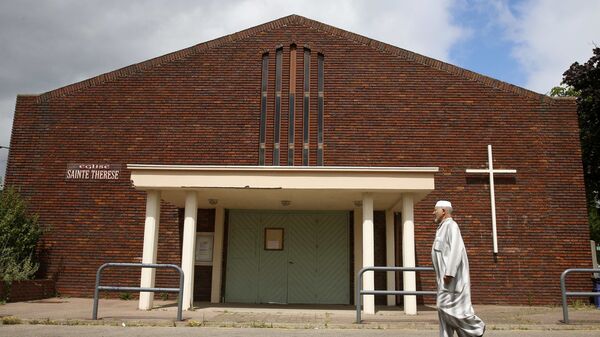 French Muslims have attended Catholic Mass in the city of Rouen and in Paris' Notre Dame Cathedral to show solidarity following the recent attack on a church in the country's Normandy region, local media reported Sunday.

"We particularly welcome this morning our Muslim friends. They have expressed a desire to pay us a visit this morning. Thank you on behalf of all Christians. You affirm in such a way that you refuse the deaths and violence in the name of God. As we have heard from you… this is not Islam," Archbishop of Rouen Dominique Lebrun told BFMTV broadcaster following the mass reportedly attended by about 2,000 individuals.

Earlier in July, the French Council of the Muslim Faith (CFCM) called on Muslims to demonstrate solidarity and compassion over the murder.