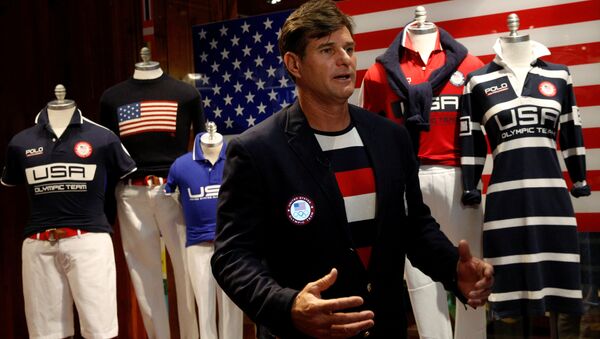 The new US national Olympic team’s opening ceremony uniform design raised quite a few eyebrows around the world because some of its components bear a striking resemblance to the Russian flag.

On July 29 Ralph Lauren and the United States Olympic Committee proudly unveiled the design of the US team’s 2016 Opening Ceremony uniforms.

Introducing the 2016 Opening Ceremony uniforms! #TeamUSA will be looking GOOD thanks to @RalphLauren! 🇺🇸 pic.twitter.com/rMnLIq87cH

But while many people rushed to praise the stylish look of the new garments, others were quick to point out one very strange detail – the fact that the color pattern of athletes’ striped T-shirts sticking out of their buttoned-up blazers clearly resembles the Russian national flag.

It looks like the men are wearing a navy blazer over the Russian flag. How on earth did you miss that? https://t.co/1VTYfI1nZP

And while the color sets of the two countries’ flags are quite similar, the way the stripes on the US athletes’ outfits are aligned – exactly like the white, blue and red bars on the Russian flag —  it looks either like a very strange coincidence or a rather embarrassing accident. Who knows, maybe Russia’s next Olympic outfit will be featuring stars and stripes!