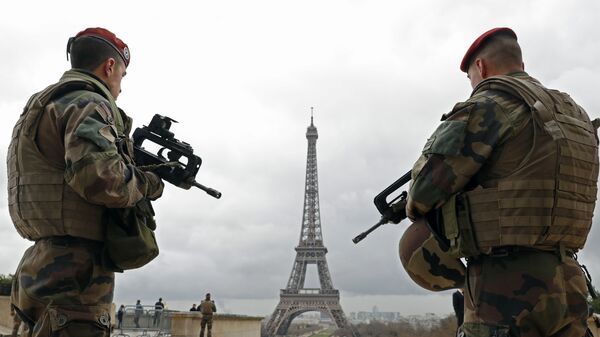 NATO's present format and the alliance's continuing expansion eastward is beneficial only to the United States, which seeks to keep Russia and Europe at odds, says retired French Army General Jean-Bernard Pinatel. Accordingly, he suggests the alliance be liquidated or 'Europeanized', and the creation of a European-Russian alliance against terror.

Interviewed by Le Figaro, Pinatel, a retired officer who now works as an expert in geopolitics and economic intelligence, recalled that if Russia and the European countries had succeeded in forming an alliance in the 1990s, following the collapse of the Soviet Union, they would have been able to effectively challenge US pretentions to global hegemony.

Now, the retired general emphasized, the threat of radical Islamist terrorism has once against opened a discussion on global leadership, and whether the US truly deserves its hegemonic position in Europe. According to Pinatel, the spate of attacks in Europe has clearly demonstrated to the French, and to other NATO members, that the US-led alliance is helpless in the struggle against the terrorist threat.

Anti-Russia Sanctions Inadequate, Aim at ‘Wrong Enemy' - French Lawmaker
Moreover, against the background of NATO's ineffectiveness is the example being set by Moscow, which, according to the expert, is once again forcing the French to consider an alliance with their eastern neighbor.

"This evidence, obtained at the cost of 234 civilians killed and 671 wounded since 2012, should not only jolt NATO, but lead to its total liquidation, or its full Europeanization, since the current policy of the alliance serves only interests which are not those of France," Pinatel noted.

The general also recalled that Russia has repeatedly proposed cooperation with the United States in a coordinated campaign in Syria against Daesh and the Nusra Front terrorists, but has been refused, under the pretext that the so-called 'moderate opposition' still had potential.

As a result, he noted, the Middle East is witnessing the formation of a new equilibrium. "Russia, which has always been present in the region historically, is returning there once again. China, for the first time, is also actively poking its nose in the region. And only France, having once been privileged with the position of mediator, has lost everything under the patronage of the United States."

French Media Push Hollande to 'Join Hands With Russia' to Tackle Radicalism
The officer emphasized that he believes that Russian and French geostrategic and economic interests are "completely complementary" to one another, and that the history of the two countries has shown periods of fruitful cooperation and friendship, most recently during the Second World War.

Ultimately, "the US desire to return the atmosphere of the Cold War to Europe is being carried out through NATO, and serves the interests of the Americans, as well as incompetent and corrupt European leaders," not those of the European people, Pinatel concluded.