Police Begin to Disperse Demonstrators Near Seized Building in Yerevan 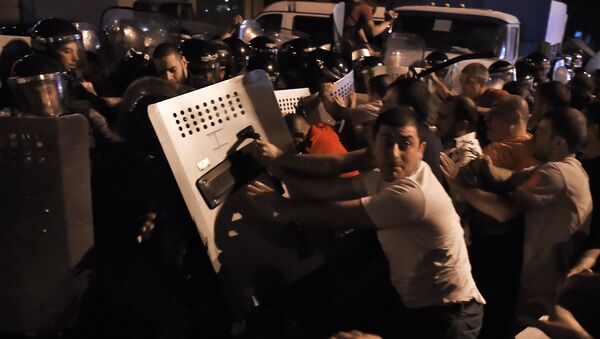 Police in the Armenian capital have launched a crackdown on demonstrators near a captured police station, with arrests underway.

Police are reportedly using flash bangs against protesters who rallied in support of the armed group that took over the local police station. Detentions began near Horenaci Street, and authorities pushed the demonstrators back to the Saritagh neighborhood.

An armed group seized a police building in Yerevan earlier this month, taking hostages. The armed group demanded the release of Jirair Sefilian, an opposition politician and founder of the New Armenia Public Salvation Front.

Clashes between protesters and police have continued throughout the siege. Nearly 136 people have been arrested.