Russian Humanitarian Initiative in Aleppo Viewed With Suspicion by US 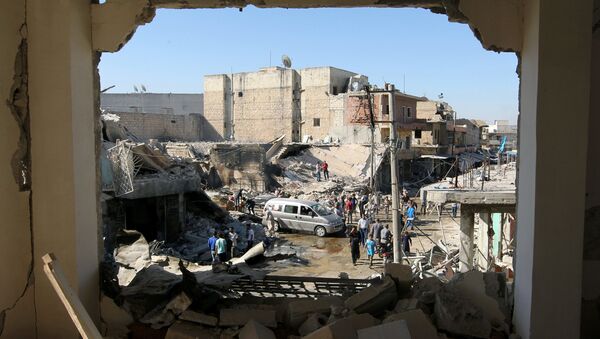 Without additional details, the United States sees Russian humanitarian initiative in Syria as a demand for the country’s opposition to surrender, the US embassy in Syria stated on its Twitter on Friday.

“W/o [without] further clarification, Russian announcement on humanitarian corridors appears to be demand 4 [for] surrender of oppo [opposition] grps [groups],” the twitter said.

The International Committee of the Red Cross (ICRC) expressed readiness to provide assistance to the civilians, who decide to leave Syria's Eastern Aleppo. Doctors Without Borders (MSF) said they were interested in this approach, warning that an estimated 250,000 people were still trapped in the east of Aleppo.