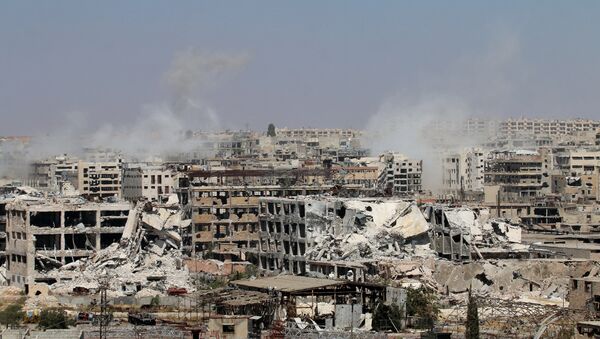 "The first responses [to Russian initiative] encourage some optimism as well-known organizations such as the Doctors Without Borders, the International Red Cross, as well as the Office of UN Special Envoy de Mistura, showed interest in this initiative. Our colleagues believe that any initiative that allows common Syrians to move to safe areas may bring positive results," Antonov said.

Syria has been mired in civil war since March 2011, with government forces loyal to Syrian President Bashar Assad fighting numerous opposition factions and extremist groups, such as Daesh, which is outlawed in many countries, including Russia and the United States. Deir ez-Zor has been surrounded by Daesh militants since 2014.