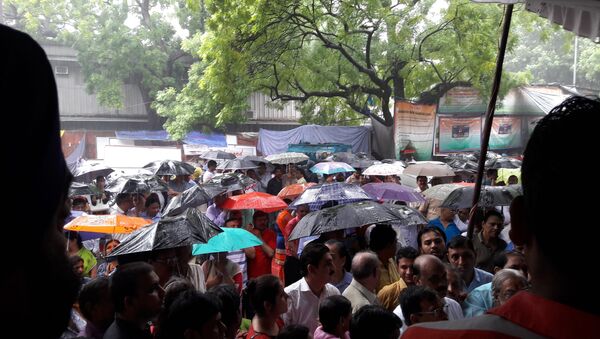 Millions of employees of India's public and private banks, including foreign banks, are striking, demanding a rollback of recent government measures that they condemn as being 'anti-labor'.

India's banking sector ground to a halt on Friday as millions of staff affiliated with the United Forum of Bank Unions joined a strike to protest some recent government decisions. According to an estimate by ASSOCHAM, India's leading body of industries, the day-long strike is estimated to affect a whopping USD 2.2 billion in customer transactions as well as other financial services. 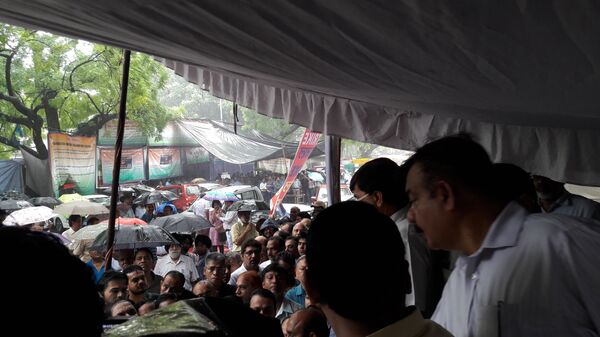 The Indian government recently announced its decision to merge many small banks into bigger capital banks to facilitate responding to default-like situations. However, the bank unions alleged that the crisis is artificially created by the government so that stakes ould be sold to big corporations.

Harvinder Singh, General Secretary of the All India Bank Officers’ Confederation, says, “We are forced to go on strike by this government. The government does not have the capacity to face our demand; that’s why, even after many attempts for negotiation, thousands of workers are on the street despite heavy rain. More than a million workers have joined strike.”

The All-India Bank Employees Association had released a list of willful defaulters, according to which 5,610 accounts owe approximately USD 8.9 billion. As of March 2016, gross non-performing assets or bad loans in Public Sector Banks stood at approximately $82 billion, up from $44 billion in March 2015. Acting on this, the government took some major decisions to bring about reforms in the sector. 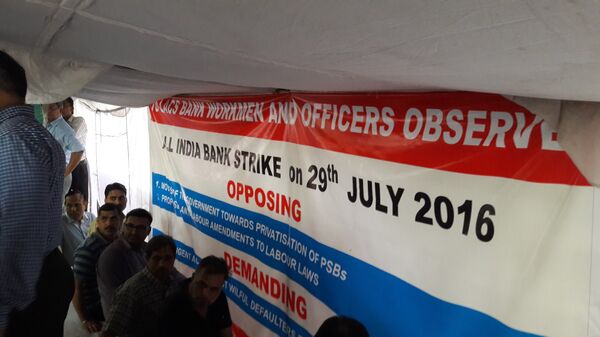 D.S. Rawat, secretary general of ASSOCHAM says, “With a view to revamp the functioning of the Public Sector Banks, banking sector reforms is the need of the hour.”

However, agitating employees see this as a move towards greater privatization and believe it would compromise the welfare of workers.