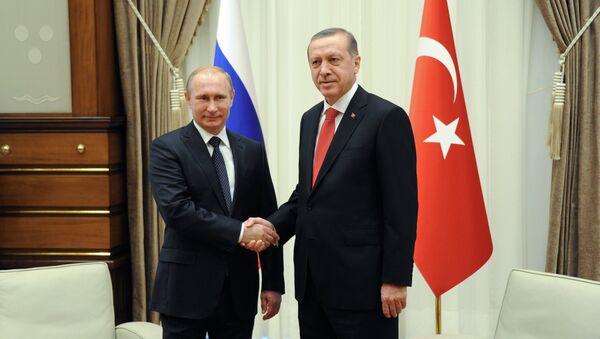 The failed coup attempt "turbo-charged" Turkey's efforts to restore its political and economic relations with Moscow. Regardless of NATO and Washington's displeasure, Ankara is shifting from the West to Russia.

Russian President Vladimir Putin and his Turkish counterpart Recep Tayyip Erdogan are due to hold talks on August 9 in Saint Petersburg, Russia.

"Russia is not only a neighbor, but also a strategic partner of Turkey. We are hoping to improve our relations and make it even better than it was before the jet crisis of November 24," Turkish Deputy Prime Minister Mehmet Simsek told a press conference Tuesday, as quoted by Turkey's conservative daily newspaper Yeni Safak.

How NATO 'Ceded Control of the Black Sea to Moscow'
Commenting on the matter Daily Sabah stressed that it will be Erdogan's "first scheduled foreign visit following the failed coup attempt."

It seems that a thaw between Russia and Turkey which followed Erdogan's apology for shooting down the Russian Su-24 in the Syrian airspace is about to develop into strong bilateral relations.

Remarkably, Russia's reaction to the recent failed coup attempt in Turkey has accelerated the rapprochement between the two countries.

On Monday Turkish Foreign Minister Mevlut Cavusoglu praised the Kremlin for full support to the legitimate Turkish government during the coup attempt.

"Russia has provided us with complete and unconditional support during the coup attempt, for that we are grateful to Putin and all Russian officials," Cavusoglu stressed during his appearance on Haberturk television channel.

Turkey May Leave NATO If Ankara Finds Out US Was Involved in Coup Attempt
At the same time, US-Turkish relations are threatening to reach their nadir.

In the wake of the failed coup attempt Ankara demanded Washington to extradite self-exiled cleric Fethullah Gulen, an alleged mastermind behind the uprising.

Since Washington has not rushed to meet Ankara's demand, the Turkish government threatened to sever ties with its longstanding ally and even went so far as to suggest that Washington could have been involved in the plot.

"The attempt to overthrow Erdogan has turbo-charged efforts to restore ties between Turkey and Russia that were already under way after the crisis over the warplane. The rapprochement may even lead to a political realignment in the region. Erdogan has drawn strong criticism from the US and other NATO allies for a sweeping crackdown on tens of thousands of alleged opponents following the failed coup, while Turkey has heaped praise on Russia for its support since the crisis erupted on July 15," Bloomberg reported Tuesday. 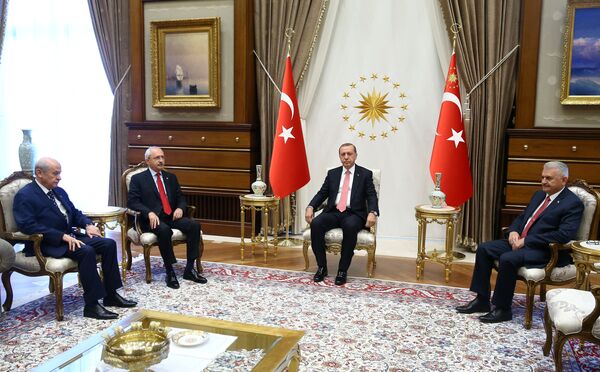 "Given its tough reaction to the failed coup attempt with countless arrests and the idea to re-introduce the death penalty it seems unrealistic that Turkey will ever join the EU. In this light Erdogan's [resumed relations] with Putin look like an attempt to shift the country's orientation to Russia… Erdogan has reverted now from the West to the East," Matthias Gebauer of Spiegel noted on Wednesday, adding that  the Turkish leader is taking these steps regardless of NATO's displeasure.

Why Turkey Suspects Washington of Playing a Part in Failed Coup
For its part Deutsche Welle also pointed to the fact that the Russo-Turkish relations are normalizing at a great pace.

In her interview with the media outlet Anna Glazova of the Russian Institute for Strategic Studies (RISS) emphasized that the relationship between Russia and Turkey has considerably improved. Erdogan's decision to apologize for the death of the Russian pilot has become the trigger for the thaw.

She called attention to the fact that after the failed coup attempt yet another condition of the Russian government has been met: the Turkish pilots responsible for shooting down the Russian Su-24 were arrested. While they were detained for their participation in the failed coup, voices are emerging in Ankara accusing the Turkish military for dealing a blow to the Russo-Turkish partnership.

Commenting on the prospects of the Russo-Turkish relationship, American geopolitical analyst Eric Draitser suggested that Turkey may turn its back on the US-NATO-EU axis, and embrace Russia and China's plan to create a unified Eurasian space.

"Ultimately, the failed 2016 coup in Turkey will have lasting ramifications that will impact the years and decades ahead.  With Turkey now clearly breaking with the US-NATO-EU axis, it is rather predictable that it will seek to not only to mend fences with both Russia and China, but to place itself into the non-western camp typified by BRICS, the Shanghai Cooperation Organization, China's One Belt One Road strategy, the Asian Infrastructure Investment Bank, etc.," Draitser noted in his article for Stopimperialism.org.