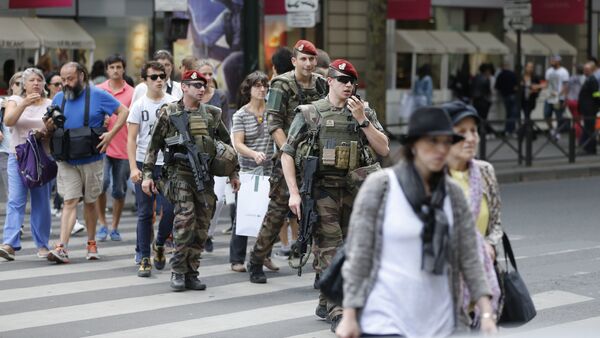 French politicians told Sputnik that while the National Guard announced by President Francois Hollande to combat the terrorist threat is a step in the right direction, more measures need to be taken to ensure greater security.

Nice Politician Accuses French Interior Ministry of Bastille Day Cover-Up
France has suffered a spate of jihadi terrorist attacks over the past year, and French opposition politicians have criticized the government for failing to do more to protect citizens.

In the latest attack on July 26, two attackers who had pledged allegiance to the Daesh terrorist group murdered an elderly Catholic priest in Rouen.

The two attackers, Adel Kermiche and Abdel Malik Petitjean, both 19-year’s-old, were known to French security services and were on France's S (state security) anti-terror list. Of the 20,000 names on the list, 10,500 are suspected jihadists.

On Thursday, French President Francois Hollande announced the formation of a French National Guard from existing reserve forces to better protect citizens facing terror attacks. Hollande, together with Cazeneuve, called on "all willing French patriots" to sign up as reservists. 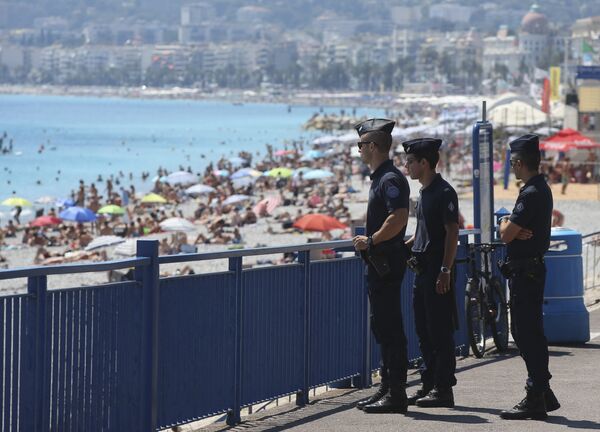 French police officers patrol on the famed Promenade des Anglais in Nice, southern France, three days after a truck mowed through revelers, Sunday, July 17, 2016.
© AP Photo / Luca Bruno
France, which has 120,000 police and military deployed around the country, currently has 12,000 reservists. They consist of 9,000 military police officers and a further 3,000 regular police officers.

On Wednesday Cazeneuve said that the appeal has been met with enthusiasm by French citizens, and that 2,500 people had expressed their interest in the previous ten days.

The idea of a National Guard was proposed in January by France's Socialist Party, whose leader Jean-Christophe Cambadelis called on the "public spirit and patriotism" of French people to support the security services and "revive a tradition that dates back to the 1870 French Revolution."

Elsa Di Meo, the Socialist Party's National Secretary for Promotion and Republican Values, told Sputnik that she sees the project as an opportunity for young people to build solidarity with one another.

"For me, this is a chance for young people to come together, first to remember the values of the Republic," she said.

"There is are no easy answers to this new form of terrorism, because we are seeing unexpected attacks by lone wolf attackers, like the one in the church on Tuesday."

Republican Party Senator Francois Grosdidier, member of the Senate Information Commission on the organization, establishment and funding of Islam in France, said that the government needs to take more measures besides a National Guard.

"Our judicial system strongly protects individual rights, we have seen this for example in the case of the release of this latest terrorist after the case was heard in the appeal court. He was considered dangerous, he had tried to travel to Syria twice and never should have been freed, even under surveillance," Grosdidier said.

"We have intelligence weaknesses, too, we have been talking about it for the past year and a half. We need to establish an effective regional intelligence service, prison intelligence and have a single center that has all the information and resources at its disposal."

"We need to better observe the internet, we know that everything is planned using the internet, even if this is a lone wolf," Grosdidier said.

Merkel's Evolution: From Nobel Peace Prize Hopeful to 'Mother of Terror'
Robert Menard, a former journalist who was elected mayor of Béziers in 2013 with the support of France's Front National party, also had his own suggestions for combating the terrorist threat, which he blames on France's political decisions in recent years.

"We need to take a whole range of measures. Firstly, over many years we have been fighting a war with the President of Syria, but not with Daesh, and that was a big mistake. Secondly, hundreds of French are now fighting alongside Islamists in Syria, and we have to stop them coming to France," Menard said.

"Those who have dual citizenship should be stripped of French citizenship, and tell the rest: 'You are traitors, you are enemies of France so you should stay there.' Thirdly, we have to take two measures: first, don't take more refugees apart from real political refugees, and secondly stop immigration. Terrorism today is the ugly child of French immigration policy," Menard said.