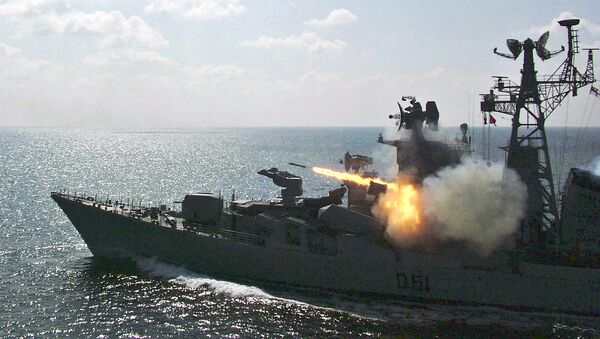 Thousands Yell 'Death to US' Near Turkey's Incirlik Base, Home to US Nukes
The Canadian government will institute a formal proposal as early as next month for the largest shipbuilding program in the country’s history, with European firms expected to dominate the competition for the right to design, according to defense analysts.

The Canadian Surface Combatant program calls for using an existing warship design and combat system, as a means to reduce project costs and speed construction efforts. Procurement minister Judy Foote explained that the decision will allow the ships to be battle-capable two years earlier than would be expected if a new design was implemented.

The program’s first warships, forming the backbone of the Royal Canadian Navy fleet, are expected in 2024, with construction to commence after 2020.

Canada’s Department of National Defense projects the program will cost some $31 billion, after earlier projections of $20 billion were floated. Foot explained that the initial $20 billion figure, offered to the public, was "a really unrealistic number that we have to deal with – and we will."

The primary shipbuilder on the project will be Irving Shipbuilding of Halifax, Nova Scotia, with defense contractors competing to design the vessel.

The shipbuilding project is a popular move for competing countries seeking to expand national defense contracts. Spain has gone to such great lengths to win the contract that it has dispatched the Spanish Navy’s F-105 frigate Christopher Columbus to Halifax, to help Navantia promote the warship design to the Royal Canadian Navy.

Canada’s Department of National Defense anticipates building 15 ships in the program, but recent budgetary constraints have thrown the final number into question.