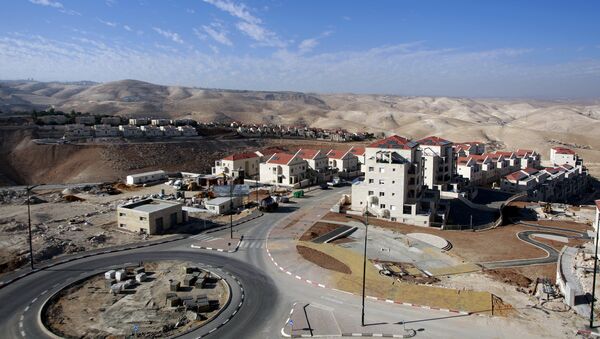 UK Minister for the Middle East Tobias Ellwood expressed concern on Wednesday over reports that Israel has plans for 770 new settlement units in occupied East Jerusalem.

"The UK is concerned to see plans for 770 settlement units between Jerusalem and Bethlehem progressing. As we have previously made clear, all settlement activity is illegal under international law, and damages prospects for a two-state solution," Ellwood said in a statement.

He expressed "particular" concern over the possible impact of these settlements on Palestinian Christian minorities in the area, who are already affected by renewed construction of the Separation Barrier on Palestinian land in the Cremisan Valley.

Palestinians seek to create a diplomatically recognized independent state on the territories of the West Bank, including East Jerusalem and the Gaza Strip, according to the frontiers that were in existence before the 1967 Six-Day War with Israel. The international community did not recognize the annexation of East Jerusalem by Israel in 1967.

Israel has long been building settlements in the occupied lands of the West Bank despite opposition from the United Nations.