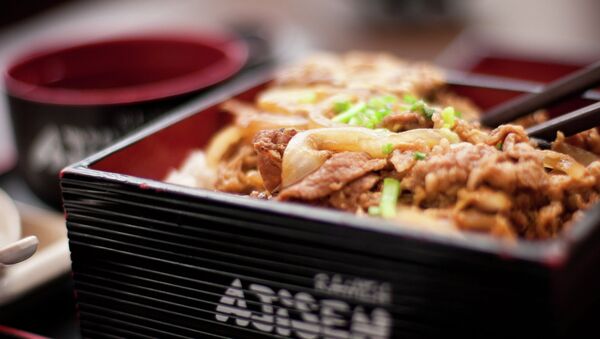 Princess Sirindhorn has visited Wuhan, Central China's Hubei province several times and has a special affection for the city.

"The stuffing is a mixture of shrimp meat and mushrooms, which is full of traditional Hubei flavor," the chef said. Zhang was inspired by Tangxun Lake fish balls, a popular snack in Wuhan, when cooking the clear fish ball soup with local sea bass and water chestnuts as major ingredients.

Zhang creatively added chunks of dragon fruit, mango, and kiwi fruit into the lotus root starch jelly to make the dish both tasty and eye-catching.

Thailand to Supply Russia With Food in Exchange for Military Equipment
Princess Sirindhorn singled out the jelly for praise and asked for the chef's name after tasting it.

Zhang brought the ingredients for hot dry noodles, such as the sesame paste and noodles, from Wuhan to Thailand. Although the noodles were among the last few courses to be served, the princess ate the entire bowl of noodles and was amazed by Zhang's culinary skill.

As a long-term promoter of China-Thailand friendship, Princess Sirindhorn learned Chinese more than 30 years ago and is known as a China hand.

Sirindhorn was appointed as professor emeritus at Wuhan University in 2005 and translated Chinese author Chi Li's novel, Her City into Thai.