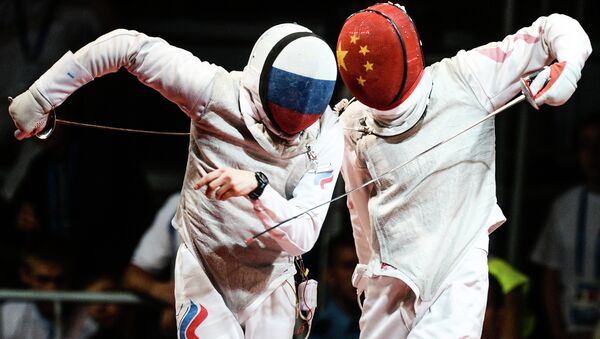 FIE has allowed the Russian national fencing team to participate in the upcoming 2016 Summer Olympics in Rio de Janeiro.

MOSCOW (Sputnik) — The International Fencing Federation (FIE) on Wednesday said it has allowed the Russian national fencing team to compete in the upcoming 2016 Summer Olympics in Rio de Janeiro.

FIE has compiled a list of 16 Russian fencers that have passed the qualifying test for taking part in the Games, as well as four four reserve fencers, the federation said in a statement.

A further 24 Russian fencers tested negative for banned substances at an independent laboratory in Dresden, the statement added.