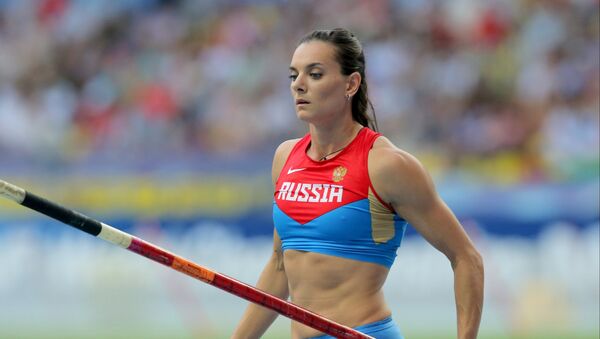 Russia’s Yelena Isinbaeva, says the final decision on her participation in the Summer Olympic Games in Rio de Janeiro is expected on Thursday.

"Tomorrow it will be finally clear whether I have a chance to perform in Rio or not. For 24 more hours hope is alive," Isinbaeva wrote on Instagram.

Isinbaeva burst into tears during the Wednesday meeting of Russian President Vladimir Putin with members of the Olympic team, including those who are prohibited to participate in the Summer Olympics.

"Today at the president’s reception I couldn’t hold back tears of hurt, strong girls break down sometimes too and give in to emotions," Isinbaeva wrote on Instagram.

On Thursday, the Court of Arbitration for Sport (CAS) ruled against Russian athletes in their appeal against international athletics’ ban from international competitions, including the Olympic Games.

On Sunday, the International Olympic Committee ruled against a blanket ban on the entire Russian team and left it to the respective international federations to decide on whether individual Russian athletes will be participating in the Rio Olympics.

Earlier in July, the Association of Athletics Federations (IAAF) prohibited all Russian athletes from taking part in international competitions, including the upcoming Rio Olympics, except long jump athlete Darya Klishina, who trains in the United States.