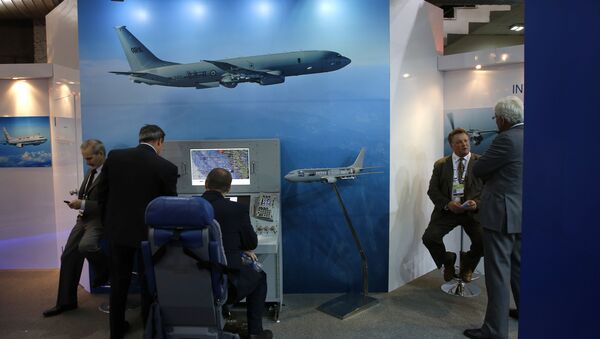 On the first day of his India visit, U.S. Under Secretary of Defense for Acquisition Frank Kendall signed a deal with India for delivery of four more Boeing P-81 long range maritime spy planes.

India Set to Miss Another Promise Over Rafale Fighter Jet Deal
New Delhi (Sputnik) – India has decided to procure an additional four P-8I long range maritime spy planes from US manufacturer Boeing Co. According to sources in India's Defense Ministry, an agreement for the deal worth about 1 billion dollars has been signed. The aircraft will be inducted into the Indian Navy in the next three years.

Eight Boeing P-81 spy planes are already deployed in the India Ocean, tracking movements of submarines. Some aircraft have been deployed in the remote Andaman and Nicobar islands near the Malacca Straits and two other routes into the Indian Ocean for military purpose as well as commercial shipping. Boeing last year completed the delivery the last of the aircraft under the previous order worth $2.1 billion.

The latest deal is a follow-on purchase was signed during the visit of US Under Secretary of Defense for Acquisition Frank Kendall.
The deal is seen as a manifestation of India's attempt to further bolster its naval capability as they are under immense pressure to check the Chinese presence in the Indian Ocean, following China's deployment of a nuclear-powered boat that is reportedly currently docked in Sri Lanka.