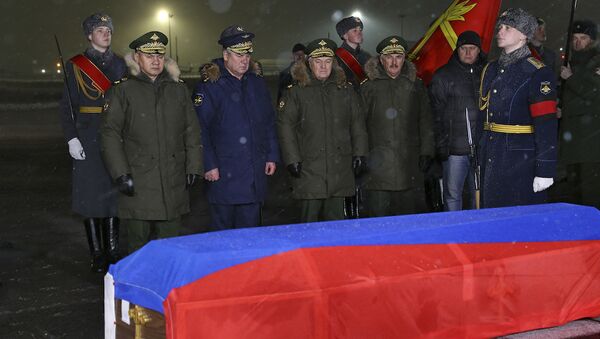 Turkish Deputy Prime Minister Mehmet Simsek said on Tuesday a compensation for a Russian military plane downed by Turkey over Syria last year was not discussed at bilateral talks in Moscow.

MOSCOW (Sputnik) — Simsek is heading a high-ranking Turkish delegation on a visit to Moscow to discuss a wide-range of bilateral issues following the thaw in relations between Russia and Turkey after an incident with the Russian Su-24 military plane last year.

"We have not discussed this issue at the talks [in Moscow]," Simsek told reporters.

Meanwhile, Turkish Energy Minister Berat Albayrak said in an interview with Habertürk television on Tuesday that Ankara will most likely conduct a new an investigation into the downing of the Russian plane.