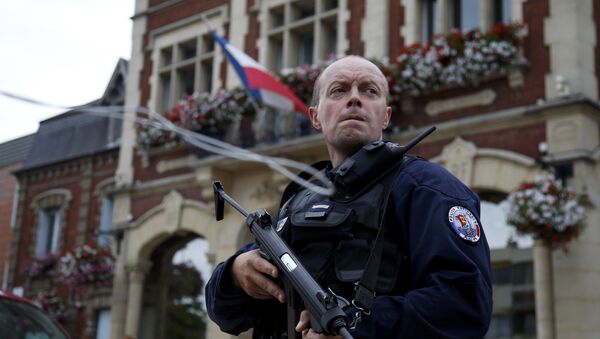 Yuri Ozerov, a psychologist and Director of the Institute of Practical Psychology and Psychoanalysis, spoke to Sputnik in an interview about why lone wolf attacks are on the rise in the Europe.

Germany Warned of More 'Lone Wolf' Attacks Amid Open Door Policy
Ozerov said that man is a bio-psycho-social entity. Any of these components may fail and affect the psyche at any time.

In every country, there have been cases when the conditionally normal person after conflicts at work came into the office armed and shot everybody. Every person has dormant aggressive trait  in them. The only question is how it will manifest itself.

In recent months Europe has been literally hit by waves of violence. The authorities do not always associate this with terrorism. More and more crimes are committed by single people who previously caused no suspicion among authorities.

Regarding such manifestation, Ozerov said, “General background of information affects the psyche of people today, as media reports about terrible cases increasingly it has started affecting Europe.”

“Of course, if someone's sick shattered psyche is further influenced by screens and tabloids it won’t lead to anything good. In addition, today the economic situation is also unstable and has its influence,” the psychologist said.

He further said that during times of strong economic shocks, there has always been an increase in crime. Moreover, not only organized, but at an individual level too.

“When people are socially very tense, they lose their jobs. That may significantly affect their status, which they had before the crisis. It affects the psyche of even quite strong-minded people, not to mention the weak and vulnerable,” Ozerov said.

He added that, “Morally-strong people also restrain their manifestations, but inwardly their stress also increases.”

Germany’s Foreign Minister Frank-Walter Steinmeier condemned in the strongest terms Tuesday’s terrorist attack on a church in northern France, saying it was an assault on European unity.

Two knife-wielding men stabbed a priest to death after taking five people hostage inside a church in a small commune near Rouen.

The attack has come just days after attacks in Germany which also resulted in the death of civilians.