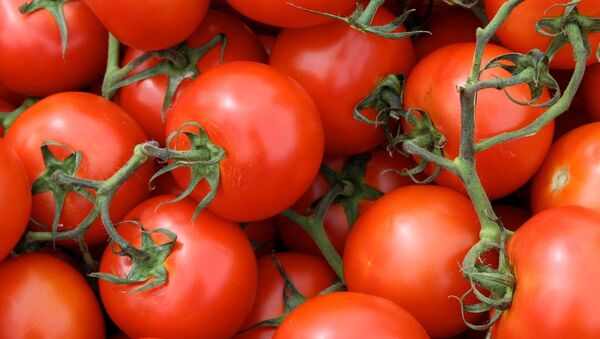 Ankara hopes Turkish agricultural products will return to the Russian market quickly after the lifting of restrictions by Moscow.

MOSCOW (Sputnik) — Turkish Deputy Prime Minister Mehmet Simsek expressed hope on Tuesday that Turkish agricultural products could return to the Russian market quickly after the import restrictions have been lifted by Moscow.

"I am sure that as soon as the embargo is lifted Turkish food products will quickly return to Russian stores," Simsek told reporters following talks with Russian officials in Moscow.

Russia has imposed a number of restrictive measures, including a food embargo, on Turkey in response to the downing of a Russian military plane by a Turkish fighter jet in Syria on November 24, 2015.