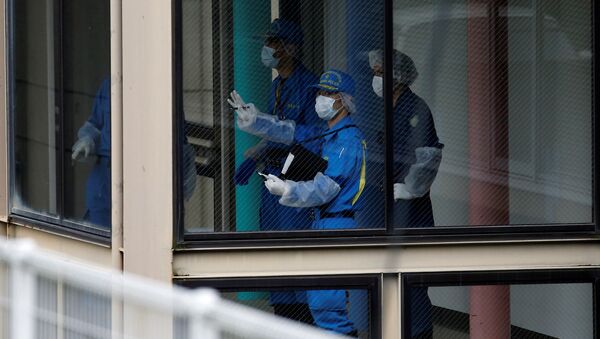 © REUTERS / Issei Kato
Subscribe
The man behind the deadly knife attack at a facility for disabled people in Japan, Satoshi Uematsu, was in treatment in a hospital for the mentally ill earlier this year after expressing intention to kill people with disabilities, local media reported Tuesday.

At Least 19 Reportedly Killed in Tokyo Knife Attack
TOKYO (Sputnik) — Earlier in the day, Uematsu, 26, was arrested in Sagamihara, west of Tokyo, as he surrendered to police after killing 19 and injuring 25 disabled people during their sleep at the facility. The assailant, a former employee of the care facility, had a bag with several blood-stained knives with him when surrendering.

According to the Kyodo news agency, Uematsu was in the hospital of the mentally ill in February-March. Uematsu reportedly told one of the facility's employees that he would like to kill the disabled living there. The local police were informed of his intentions and he was committed to treatment.

In February, Uematsu was also tested positive for marijuana consumption.