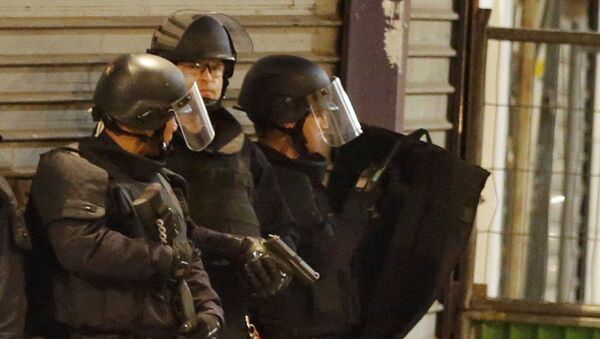 Police are carrying out an operation a few miles from the Saint-Etienne-du-Rouvray church in northern France where a priest was stabbed to death in what French President Francois Hollande called a terrorist attack.

Two Armed Men Take Hostages in Church in France's Normandy
PARIS (Sputnik) – Police are inspecting the house of one of the hostage takers' parents, according to preliminary information cited by BFMTV. The assailant and his accomplice were killed by police after slitting the throat of the 84-year-old priest and seriously injuring another victim in a small commune near Rouen.

Several people were seen being escorted from the building, according to the broadcaster.

The Daesh terror group, banned in many countries including Russia, claimed responsibility for the attack condemned by French, European and religious figures.