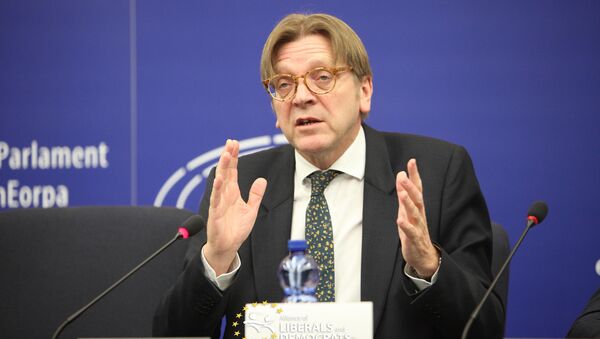 Former Belgian Prime Minister and leader of the Alliance of Liberals and Democrats for Europe Group in the European Parliament Guy Verhofstadt is proposing plans for a "new Europe" which includes a radical shake-up of the current institutions.

Verhofstadt — who was tipped to take over the presidency of the European Commission last time around — has said the rise in euroskepticism throughout the EU, culminating in Brexit, must lead to a radical overhaul of the main institutions.

Over the summer, I will present my plan for a new Europe. I look forward to your feedback on https://t.co/th9y8ADVgQ pic.twitter.com/xndJp3NZZx

​He believes that — in March 2017, the 60th anniversary of the signing of the Treaty of Rome, bringing about the creation of the European Economic Community — it will be time to radically rethink the whole EU project.

He says that — over the years — various countries have used opt-out and opt-ins from various treaties to create an EU in which many countries have differing relations with the main institutions. Verhofstadt says there is "institutional chaos" resulting for "Europe a la carte."

Verhofstadt is proposing two kinds of cooperation: "full membership" and "associate status," suggesting the is new set-up could also be used as a blueprint for the future relationship between the UK and the EU.

"The current set up is incomprehensible for Europeans. The current 'Europe a la carte' prevents member states from showing more commitment. If we want to give the Union more direction, we have to go back to the ideas of the founding fathers, who proposed a clear system in which countries have to choose between full membership and associate status."

He proposes making the European Commission more effective and less bureaucratic by reducing the number of commissioners and cutting the number of vice-presidents to two: for Foreign Policy and for Finance.

"We need to make the Commission more relevant and more effective. We do not need 28 Commissioners for whom it is difficult to find 28 portfolios. A new European government should focus on the big issues where European integration has a real added value, while leaving more detailed regulation to the Member States."

Verhofstadt's proposals envisage that the economic governance will be supported by a European budget based on its own resources and a European Treasury.