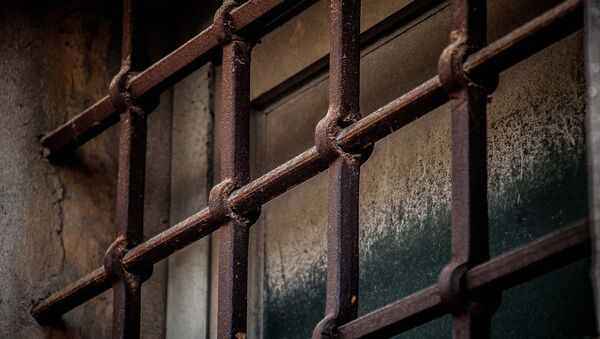 An international human rights watchdog on Tuesday unveiled new evidence that Security Service of Ukraine's (SBU) is running a secret detention center in the eastern city of Kharkiv.

Australian Detention Center Tortured Children
MOSCOW (Sputnik) — On Thursday, Amnesty International and Human Rights Watch (HRW) published a report dubbed "They Do Exist," documenting the existence of secret detention facilities located within the territory of Ukraine. According to the report, civilians from the regions affected by the Ukrainian conflict have been detained in such facilities, including the one located in Kharkiv.

"Before publishing the report, we met with Ukraine’s presidential administration and military prosecutor. We shared our findings and told them we had grounds to believe that as many as 16 people may remain in secret detention at the compound [in Kharkiv]. They vehemently denied the allegation but pledged to investigate. This week, we received further information that corroborates our conclusion that at least as of June, those 16 people were still there — and indeed that another four had joined the group," HRW Russia Program Director Tanya Lokshina said.

She added that the new information came from the family of Dmitry Korolev, a former Ukrainian riot policeman from Zaporizhzhya, who used to fight for Eastern Ukraine militias and has reportedly been kept in the Kharkiv facility for almost a year.

Ukraine's Security Service, UN Agree to Monitor Pre-Trial Detention Centers
According to Lokshina, both Korolev and his inmates, who had been exchanged for captured Ukrainian servicemen, have called Korolev's family and reported about "an unofficial jail on the premises of the SBU in Kharkiv."

During the most recent phone call that took place in June, Korolev told his family about 20 inmates being kept in the SBU facility, Lokshina added.

In April 2014, Kiev launched a special military operation in Ukraine’s southeast after local residents refused to recognize the new Ukrainian authorities that came to power as the result of what many consider to be a coup.