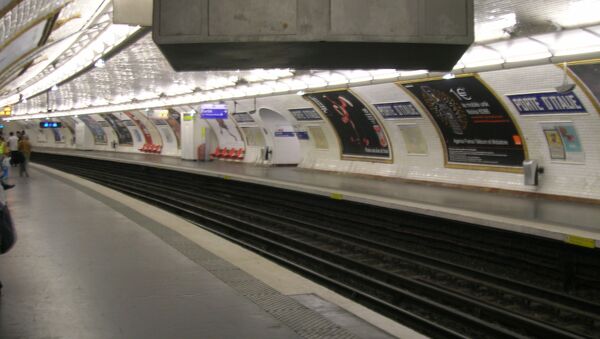 A Paris Metro line was suspended for three hours on Monday following a hoax bomb discovery.

No French Official Punished Following Paris, Nice Terror Attacks – Lawmaker
MOSCOW (Sputnik) — According to Le Parisien newspaper, a bomb squad was called in after a suspicious-looking backpack was spotted at the Porte d’Italie station on Line 7.

The contents of the backpack were later revealed to be a walkie-talkie antenna and red wires with no explosives attached. The backpack has reportedly been taken away for further investigation.

France has been on high alert for terrorism after a series of attacks in 2015 and 2016, the latest of them being the deadly Nice attack on July 14, when a truck rammed into a large crowd celebrating Bastille Day, causing deaths of at least 84 people, including children, and injuries to hundreds of others.