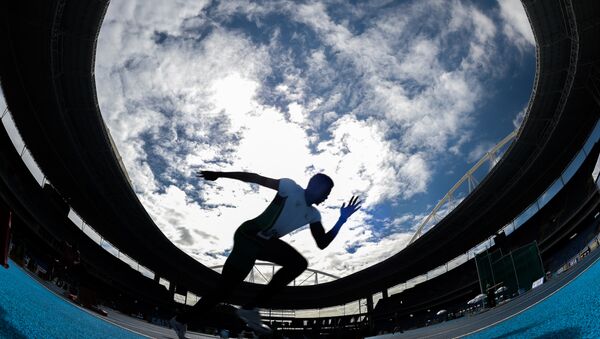 Russia’s absence at the upcoming Rio Olympics will notably affect the world’s premiere sporting event making way for weaker athletes while the US, China and Britain will pick up the medals which could otherwise have been taken by Russian Olympians, the French sports newspaper L’Equipe wrote.

After the publication of the so-called McLaren report about the alleged state-sponsored use of illegal stimulants in 30 events in Russia, the country’s participation in the Rio Olympics was put into question.

"The Rio Olympics wouldn't be the same" without Russia's national team taking part in the games, L’Equipe warned.

According to the newspaper, forecasts predicted Russia’s team to finish in third place in Rio, taking home 63 medals (compared to 73 in 2008 and 79 in 2012 – its worst showing since the first post-Soviet Games in Atlanta in 1996).

Cold War in Sports? Protests Grow Over Russian Athletes’ Ban From Rio
At the Rio Olympics, Russia has good chances of leading the pack in athletics, wrestling, gymnastics, weightlifting, fencing, swimming and boxing which would account for about 75 percent of the total number of medals the Russian Olympians could win, the newspaper wrote.

If Russia is eventually banned from taking part in Rio 2016, L’Equipe wrote citing Infostrada sports information service, “Russian medals” in weightlifting, wrestling, boxing and judo would go to Japan, Iran, Cuba, Ukraine and Kazakhstan, while China, US and Germany, not having to compete with Russia, will medal in fencing, cycling and in the track and field competitions.

Russia’s no-show in Rio will bring down the overall level of the Games and make way for athletes with “lesser credentials” which will now have a chance to come forward and fill the void, L’Equipe wrote in conclusion.