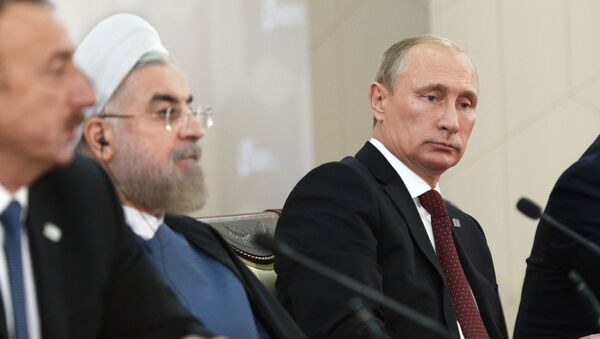 Tehran confirmed to Sputnik that Iranian leader Hassan Rouhani will take part in talks with the presidents of Russia and Azerbaijan in Baku in August.

"President Rouhani will depart for Baku on eight of next month (August) for a meeting with presidents of Russia and Azerbaijan. The meeting will be held on the invitation of the Azerbaijan president, the opportunities for cooperation between the countries will be discussed," the press office specified.

The press service noted that there was no information on the possible participation of Turkish President Recep Tayyip Erdogan in the meeting in Baku.

On July 13, Iranian Deputy Foreign Minister Ibrahim Rahimpur said that Rouhani, Putin and Aliyev would discuss issues related to the International North–South Transport Corridor (INSTC) as well as trade and economic cooperation and anti-terror fight during the meeting.