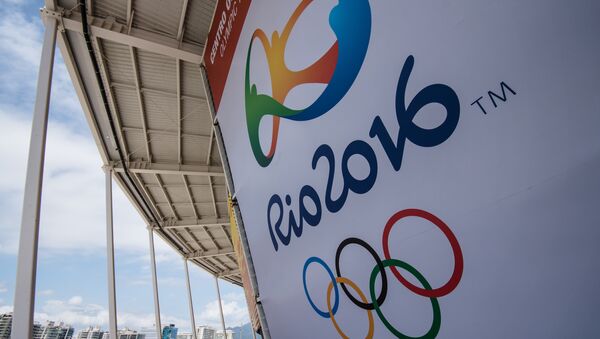 The disqualification of the Russian team at the Olympic Games in Rio could dramatically change the level of competition and the decrease in the intensity of competition may pave the way for weaker sportsmen, according to French publication L'Équipe.

Uruguay: Russian Athletes Ban From Rio Games May Split Olympic Ranks
According to the forecasts, more than 60 medals, which would have been won by the Russian national team, will now be shared amongst China, the United States, Britain and Germany.

In order to imagine the possible effect of Russia’s absence at the Olympics, one only needs to recall that the country is one of the leading nations in sports, which traditionally ranks high in the medal standings, according to the article.

The virtual medal standings Gracenote, which traditionally presents forecasts of performances by the Olympic teams, predicted that the Russian team could have taken third place in the Rio Olympics with an overall of 63 medals, including 20 gold medals, 23 silver and 20 bronze.

According to the forecast the first and second places will be held by the US and China respectively.

The article in the L'Équipe emphasizes that Russia is traditionally strong in track and field, wrestling, gymnastics, swimming and boxing. It is in these sports that Russians win 69-75% of all medals.

According to the newspaper, the disqualification of the Russian national team will be beneficial to the countries where traditionally power sports and wrestling are highly developed such as Japan, Kazakhstan, Cuba, Ukraine, Turkey and Azerbaijan.

The rest of the medals will be “picked up” by China, Britain, Germany and the US.

On Thursday, the Court of Arbitration for Sport rejected a Russian appeal and upheld the International Association of Athletics Federations (IAAF) ban on Russian track and field athletes participating in the 2016 Rio Olympic Games.

The Court effectively said that Russian athletes will not be able to participate, regardless of whether each individual athlete was guilty of doping.

Athletes From All Countries 'Should Declare Boycott of 2016 Rio Olympics'
Following the decision by the CAS more and more athletes and sports specialists around the world started protesting the decision.

Speaking to Radio Sputnik France, Jean-Claude Killy, a renowned triple Olympic champion in alpine ski racing, suggested that the CAS' decision to uphold the IAAF recommendation regarding the 68 Russian athletes “did not make any sense”.

“I see this decision as totally unfair and I resolutely support the appeal lodged by the Russian Olympic Committee. This is a clear case of some people trying to politicize sports, to sally Russia’s image in the world and give it a bad name. This is a group of countries, led by the US, which I call as political double-dealers and crooks,” Yang Binsheng, a Beijing Sport University professor, told Sputnik.

Similarly, in an interview with Sputnik, Mostafa Shoughi, sports editor at the Iranian newspaper Hamshari, said that the current scandal is all about Russia’s relations with the West.

He added that many people in Iran believe that that even though the absence of Russian wrestlers and weightlifters in Rio could increase the country’s chances of winning medals there, failure by “clean” Russian athletes to compete in Rio would  damage the IOC’s image and scale down the importance of the world’s number one sporting event.

Legendary Serbian basketballer Zoran Slavnic minced no words when commenting on the Court of Arbitration’s ruling.

“This is a political decision, no doubt about that. I still hope it won’t stand and the CAS will eventually retract it,” Slavnic said.