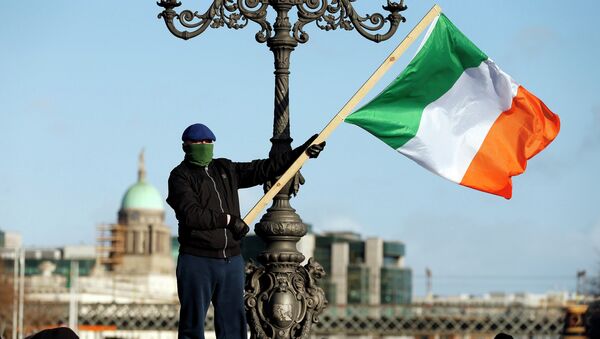 Senior ministers from EU member countries do not believe that Ireland plans to remain a part of the European Union, said Social Protection Minister Leo Varadkar.

Ireland’s Minister of Social Protection Leo Varadkar says that a number of his colleagues approached him at a recent EU meeting in Slovakia who did not realize “we’re staying in Europe,” in what may be a harbinger of things to come for the Island nation.

Citing a series of "unusual questions," Varadkar says there is not a big diplomatic effort needed to reassure other countries that Ireland remains committed to staying in the European Union.

"Some of them were asking me 'is Ireland going to leave the European Union as well?' So I had to make it very clear that our place is in Europe, our home is in Europe," said Varadkar.

"Europe is a big place now. There are 28 members and we’re a small country," he said. "There’s a big diplomatic offensive underway now to first of all reassure everyone in politics, in business and everything else that Ireland made its decision a long time ago."

There exists strong support for the dissenting opinion among the Irish people and her leaders, however. Two weeks ago, Irish MEP Brian Hayes warned that any attempt by bureaucrats in Brussels to force a higher corporate tax rate against the will of the Irish voters would be met with an immediate decision by the country to leave the European Union.

"This is the absolute red line issue. Any attempt to cajole us, as far as I’m concerned and we’re out the door," explained Hayes. "We cannot be tied into an anti-business, anti-growth pact while the Brits are allowed to move on. We have a lot more to lose than anybody else."

That sentiment is widely shared among the Irish who have used lower corporate tax rates to attract foreign direct investment – a decision by the people that would be compromised if the undemocratic European Commission in Brussels had its way in pushing a continent-wide "tax harmonization" plan.

Further,  the Irish are waking up to a new world where they face not only growing pressures of migration and loss of sovereignty to an unelected cabal in Brussels, but also nowadays it may simply cost more to be in the EU than outside of it.

"Ireland has been a significant net beneficiary from the EU Budget since accession in 1973," according to a briefing by Ireland’s finance ministry, "but 2014 represented the first time that Ireland was a small net contributor." Opponents to the Republic of Ireland maintaining a presence in the EU point out that the Irish contribution to the EU budget is not all that small at all amounting to €136 million ($150 million) and expected to grow in the coming years.

One group called "Ireland Exit" has already ramped up campaigning efforts to agitate for a "respectful and mature" debate on whether Ireland should remain in the country.

"We are a centre leaning political group who believe the time is right for Ireland to hold a referendum on our continued membership in the European Union," says the group’s website.

Dublin also faces a special challenge sharing a land border with the United Kingdom through Northern Ireland meaning that the Irish people could face more severe economic setbacks as a result of Brexit unless the European Union allows Britain to remain part of the European open market.

"It’s our job now to actually convince not just Angela Merkel but all leaders in Europe that this impacts on Ireland in a way it doesn’t on any other country," explained Varadkar. "That’s part of the diplomatic offensive that’s underway."

The Social Protection Minister believes that there will ultimately be a referendum on Northern Ireland reunifying with Dublin, but he does not believe that a referendum would be successful at this time.