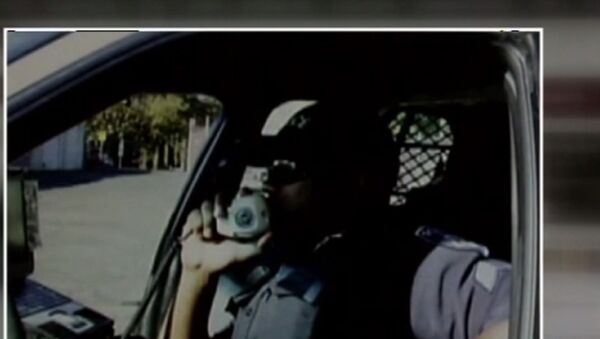 On Thursday, a former California police officer was arrested and booked on 22 counts of sexual battery and rape, all felonies. Noah Winchester, 31, was taken into custody near his home in the Central Valley area of Stockton.

The arrest warrant included charges of kidnapping, rape and sexual battery against five women, all while in uniform and on duty. Stephen Wagstaffe, District Attorney for San Mateo County, near San Francisco, said, "In this time when police officers across America are being questioned, to have something like this occur truly tarnishes the good men and women who are police officers."

WInchester targeted women of different ages and races, but they were all poor and destitute, including a homeless woman. He accost them on the street, pressuring them into coming with him. He told one woman, "I could arrest you."

Winchester’s alleged crimes took place in San Mateo, where he worked for the city police department, and in the Los Rios Community College district in Sacramento.

In a news release, the San Mateo Police Department said Winchester first joined the force early in 2015. He was accused of sexual battery in October of that year, and put on leave, before resigning in February 2016.

In the release, the department said that they were "horrified" at Winchester’s arrest, adding, "We were first made aware of criminal allegations regarding the conduct of Winchester, at that time a San Mateo Police Officer, on the morning of October 20, 2015."

The release acknowledged that the incidents took place in Sacramento in 2013 stating, "These allegations, if proven true, are a disgrace and wholly disavowed by this department and this city."

Winchester is being held in San Joaquin County Jail on $3.1 million bail. His first court date is July 25, according to Wagstaffe.