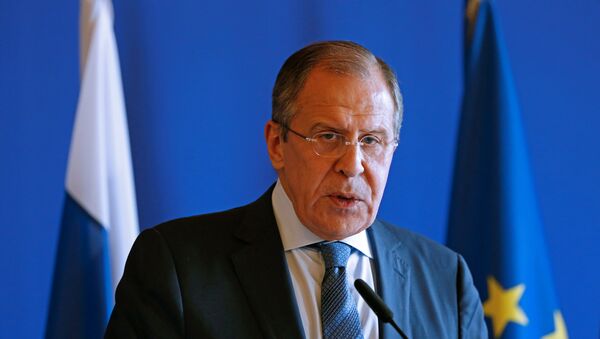 Police violence against African-Americans in the United States and their reaction to it [represent] a serious call that US leadership is yet to comprehend, Russian Foreign Minister Sergei Lavrov said Friday.

MOSCOW (Sputnik) – The past few weeks have been rocked by a string of deadly shootings of African-American men by police in the states of Louisiana and Minnesota, followed by targeted killing of police officers in the cities of Dallas and Baton Rouge.

"What is happening with police violence against blacks and their response against law enforcement agencies is a serious call. This has forced [US President Barack] Obama to speak about this publicly. The Americans are yet to comprehend this," Lavrov said at the "Territory of Senses in Klyazma" forum.

The shootings of African-American Alton Sterling by two policemen in Baton Rouge, Louisiana on July 5 and another African-American man, Philando Castile, who was killed by police in the state of Minnesota the following day, have provoked public outrage across the country. A Black Lives Matter demonstration against police brutality toward African Americans took place in Dallas, Texas, during which five police officers were killed in a sniper attack on July 7.